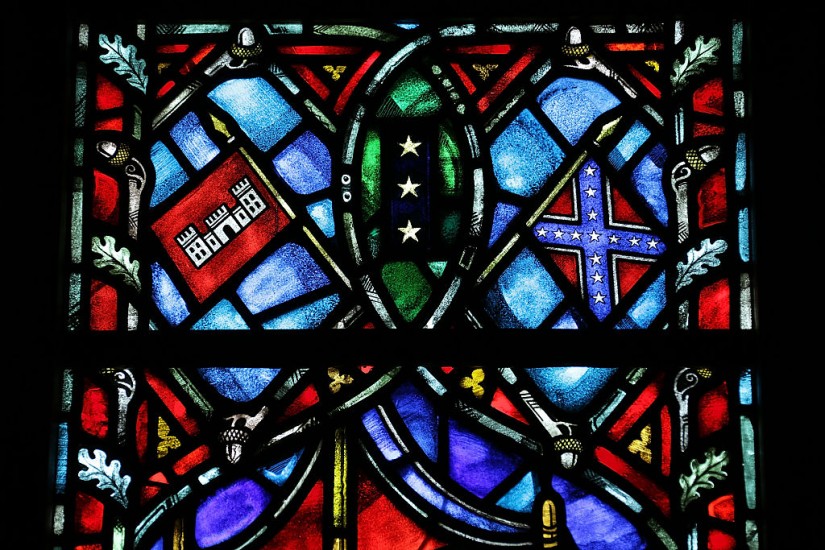 Southerners who rose to federal office after the Civil War achieved something the Confederate Army had not: They seized control of Washington and bent it to their will. The Washington National Cathedral illuminated the era of white supremacist domination this month when it dismantled ornate stained-glass windows that portrayed the Confederate generals Robert E. Lee and Stonewall Jackson as saintly figures.

The windows, installed in 1953, contained the Confederate flag and were the handiwork of the United Daughters of the Confederacy, an activist group of well-heeled Southern ladies that was at the height of its influence in the early 20th century, when it raised prodigious amounts for monuments.

The clergy at the National Cathedral began to see the windows differently two years ago, after the white supremacist Dylann Roof killed nine African-Americans in a church in Charleston, S.C. The victims were still being buried when the Very Rev. Gary Hall — then the cathedral’s dean — preached a moving sermon calling for the windows to be dismantled because they celebrated “a cause whose primary reason for being was the preservation and extension of slavery in America.”

Mr. Hall repeated a common misunderstanding when he suggested that the U.D.C. had been a relatively harmless group that was “mainly concerned with fostering respect for Southern heritage.” In truth, the organization did more to advance white supremacist ideology during the first several decades of the 20th century than any other organization in American history.