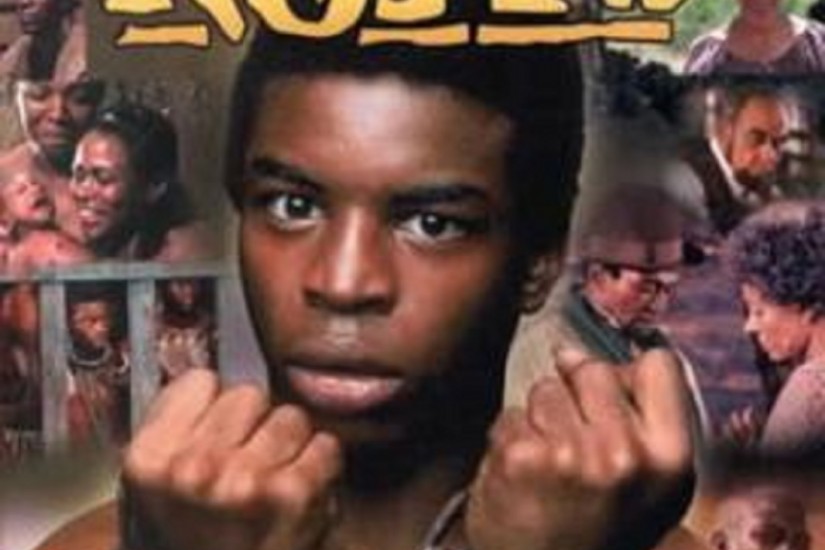 The cover art of the 1977 miniseries "Roots."
Wikimedia Commons
…

“Roots” was a hit because no one had ever read or seen anything like it. Popular memory of the antebellum South was still dominated by images of happy slaves and benevolent masters. The most watched TV program before “Roots” was “Gone With the Wind,” the 1939 Civil War epic that NBC broadcast over two nights in 1976. When “Roots” dethroned “Gone With the Wind” the next year, it wasn’t just about ratings: It seemed to displace the power of racist fictions like “Gone With the Wind” and “The Birth of a Nation” to “write history with lightning,” to quote the phrase President Woodrow Wilson is said to have used to praise the latter, D. W. Griffith’s own Civil War epic. Haley wrote with an entire lightning storm. He tried to marshal the power of history on a mythic scale to advance black history.

Haley’s unapologetically commercial story asked readers and viewers across racial lines and national borders to identify with the sorrow, pain and joy of enslaved black families in ways that were unusual in mass-market fiction and unprecedented on broadcast television.

Its huge popularity made “Roots” a sort of template for representing slavery. It provided a baseline from which to create and appreciate more nuanced and challenging treatments of slavery, like Octavia Butler’s “Kindred,” Toni Morrison’s “Beloved” and Charles Johnson’s “Middle Passage.” Before “Roots,” the Middle Passage, the trans-Atlantic journey to the New World endured by enslaved Africans, had rarely been depicted in literature, and never on television.

But “Roots” fell out of favor almost as quickly as it rose, in part because Haley’s story started to unravel as soon as it was in print. He relied heavily on an editor to finish the book and later paid over half a million dollars to settle a plagiarism suit. Other people were upset with the way ABC, Haley and Doubleday, his publisher, seemed to be wringing money from the history of slavery.