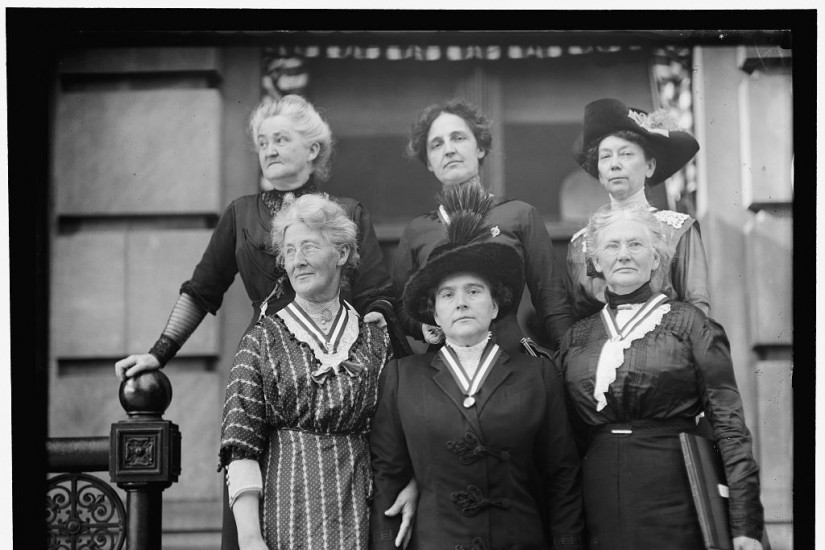 United Daughters of the Confederacy members photographed in 1912.
Harris & Ewing/Library of Congress

Since the Unite the Right rally in Charlottesville, Va., in August, journalists have written extensively about Confederate monuments — the causes and people they represent and the history of their creation. In doing so, some have written about the role that the United Daughters of the Confederacy played in a vast majority of monuments placed throughout the South in the decades after the group’s founding in 1894. Yet what they have missed, and what most Americans need to know, is that these bronze and stone memorials were just one part of a broad agenda to vindicate the men and women whom the Daughters often referred to as the “generation of the ’60s.”

When this organization of Southern white women was founded in Nashville, only 30 women were in attendance. Within 10 years, their numbers had grown to 30,000, and by World War I they were an army of 100,000 women, engaged in the fight to preserve and perpetuate the myths that the Confederate cause was a just and honorable one and that states’ rights, not slavery, was its call to arms. (Of course, a state’s right to maintain the institution of slavery was generally not part of that narrative.)

The organization had a decidedly elitist bent: Many of the women in the U.D.C. rank and file and leadership were related by marriage or kinship to leading politicians and men of power across the South. Daisy McLaurin Stevens, for example, was the daughter of Anselm McLaurin, a senator and governor of Mississippi; she became president-general of the U.D.C. in 1913 and spoke at the unveiling of the Confederate monument in Arlington National Cemetery. Still other members were related to men in their state legislatures or leaders in local governments. These relationships were key to achieving their objectives.