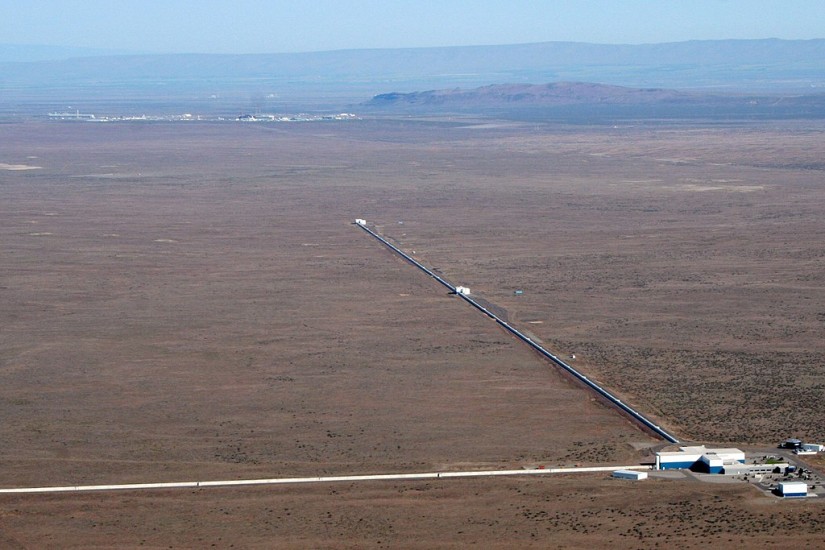 A billion years ago (give or take), in a galaxy far, far away, two black holes concluded a cosmic pas de deux. After orbiting each other more and more closely, their mutual gravity tugging each to the other, they finally collided and merged into one. Their collision released enormous energy — equivalent to about three times the mass of our sun. The black holes’ inspiral, collision and merger roiled the surrounding space-time, sending gravitational waves streaming out in every direction at the speed of light.

By the time those waves reached earth, early in the morning of Sept. 14, 2015, the once-cosmic roar had attenuated to a barely perceptible whimper. Even so, two enormous machines — the miles-long detectors at the Laser Interferometer Gravitational-Wave Observatory (LIGO) sites in Louisiana and Washington State — picked up unmistakable traces of those waves. On Tuesday, three longtime leaders of the LIGO effort, Rainer Weiss, Kip Thorne and Barry Barish, received the Nobel Prize in Physics for this accomplishment.

The discovery was a long time in the making, in human terms as well as astronomical ones. Dr. Weiss, Dr. Thorne, Dr. Barish and several of their colleagues labored on LIGO for decades. The landmark discovery in 2015 involved more than 1,000 collaborators dotted across five continents. The project exemplifies a long-term vision among scientists and policy makers that is almost unimaginable today, as distant as those colliding black holes.

In the late 1960s, Dr. Weiss taught an undergraduate physics course at the Massachusetts Institute of Technology. A few years earlier, the physicist Joseph Weber claimed to have detected gravitational waves using a device that relied on antennas made of aluminum cylinders, but he failed to convince skeptics. Dr. Weiss assigned a homework problem to his class: Investigate a different way to detect the waves. (Students, take note: Sometimes homework problems herald Nobel Prize-worthy advances.) What if physicists tried to detect gravitational waves by scrutinizing tiny shifts in the interference pattern of laser beams, which had traveled separate paths before recombining at a detector?