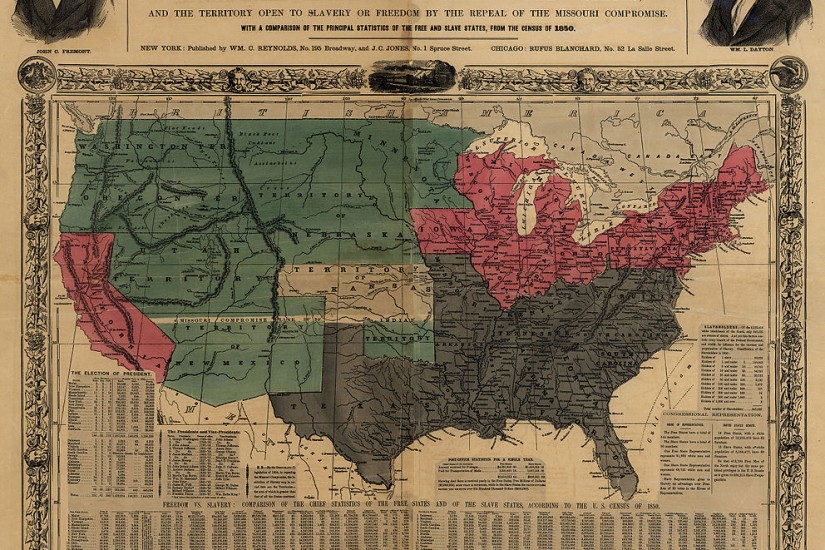 Reynolds's Political Map of the United States, showing free and slave states and populations in 1856, after the Kansas-Nebraska Act.
Library of Congress

Two months after President Trump stirred fierce debate with a defense of Confederate monuments, his chief of staff, John F. Kelly, has waded back into the fray of Civil War history.

Asked by the Fox News television host Laura Ingraham about a Virginia church that had recently removed a memorial to Robert E. Lee, Mr. Kelly, a retired Marine Corps general, on Monday praised Lee as “an honorable man who gave up his country to fight for his state.”

It was “the lack of an ability to compromise,” he said, “that led to the Civil War.”

The comments drew an instant failing grade from many historians, who have spent decades documenting the central role of slavery in causing the conflict. Many took to Twitter to point out that the Civil War was, in fact, preceded by decades of compromises over the freedom of African-Americans.

“Most any measure of compromise had been tried, and had been worn out,” said David Blight, a historian at Yale University, where he has organized a conference this weekend exploring the parallels between the disunion that preceded the Civil War and our politics today. “The real story, the great tragedy of the coming of the Civil War, was that there was no middle left anymore in American politics.”

We asked historians to talk about a few of the compromises on slavery and African-American equality made before — and after — the war.