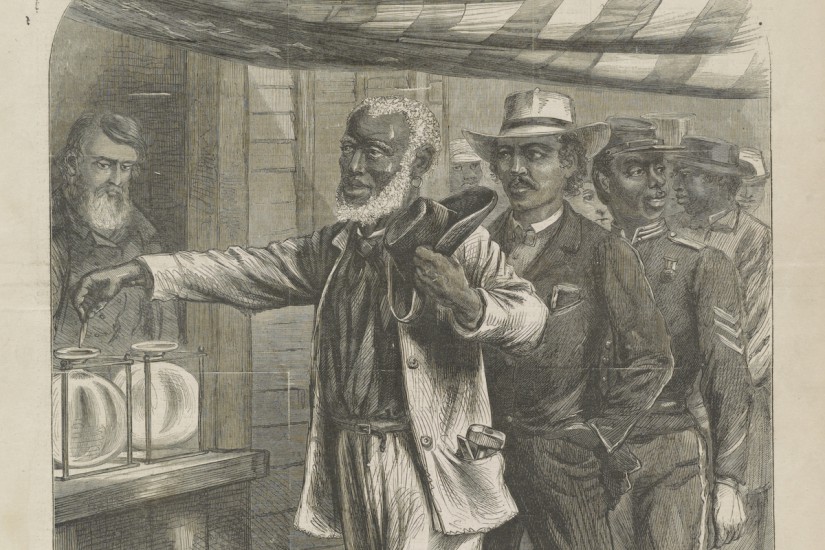 One hundred and fifty years ago this month, ex-slaves lined up across the South, clutching their ballots, joining the first elections in which large numbers of black Southerners participated.

One year ago, on Nov. 8, Americans voted in another historic election. Donald Trump lost the popular vote, but won the Electoral College. On the strength of this mandate, he began an inquiry into alleged voter fraud, raising the very real specter of voter suppression.

These two anniversaries are part of the same story of voting rights. It cannot be told as a succession of amendments and laws protecting ever greater freedoms. But neither is it simply a tale of dreams deferred and disenfranchisement. Rather, the vote has expanded and contracted, through law and custom.

The beginnings of popular voting in the United States are hazy. New states entering the Union 200 years ago deserve much of the credit. Their constitutions lacked requirements, found in older states, that voters own property. This change represented a quiet revolution: Governments claimed to separate political power from wealth. Even with all of the racial and gender barriers still in place, voting rights for poorer white men meant that America had among the most democratic systems of government in the world.

Fifty years later, in the summer of 1867, the nation witnessed another stunning expansion of the vote. Republican congressmen passed the Reconstruction acts, registering former slaves (and poor white men) to vote in former Confederate states. Activists set out across the South, enrolling hundreds of thousands. They held meetings in churches and schoolyards, using plays and even magic lantern slide shows to teach freed slaves their rights.

Before this “registration summer,” just 0.5 percent of black men were registered. By the end of 1867, 80.5 percent were. It was the most successful registration drive in American history. That fall, hundreds of thousands of former slaves voted in state elections, creating new constitutions that would lead to greater rights.