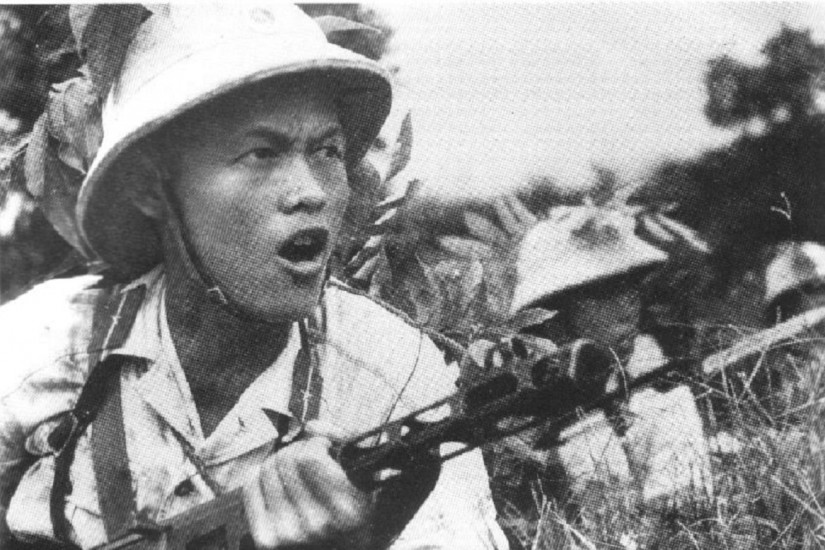 I first visited the United States in the summer of 1998, when I was invited to attend a literary conference in Montana with four other Vietnamese writers. We flew from Hanoi to Taiwan to Los Angeles. As we crossed the Pacific Ocean, passing through many time zones, I buried myself in sleep and woke up only when the plane hit the tarmac. At passport control, we found ourselves in a huge hall, and I was abruptly taken aback: There were Americans all around us, lots of them! I will never forget that strange feeling. It was bizarre, unbelievable, surreal, that I, a veteran of the Vietnamese People’s Army, was in the United States, surrounded by Americans.

The first time I ever saw Americans was when I was 12 years old. It wasn’t actually blond-haired, blue-eyed Americans that I was seeing up close. The Americans I saw that day were F-4 Phantom bombers, brutally attacking small towns on the shore of Ha Long Bay. It was Aug. 5, 1964, and I was at the beach on a school trip, swimming with my classmates. That was right after the Tonkin Gulf incident, the day President Lyndon B. Johnson announced his decision to expand the war throughout Vietnam.

After that day my life, the lives of my parents, brothers and sisters, the lives of all Vietnamese, were turned upside down. From then on, we lived under a sky that was almost always ablaze with the roar of jets, bomb blasts and sirens. Bomb shelters were dug along all the streets and beneath every house in Hanoi. Electricity and running water were in short supply. We dimmed the lights at night. Food, clothing and fuel, paper, books and other necessities of life were rationed, but there wasn’t enough of anything to meet the needs of the people. There were long lines outside stores. Children 16 and younger were evacuated to the countryside, separated from their parents. It was not so different from the experiences of British children in London in 1940, but the children of Hanoi endured all of this much longer — from 1964 to 1973 — and our life during wartime was tougher.