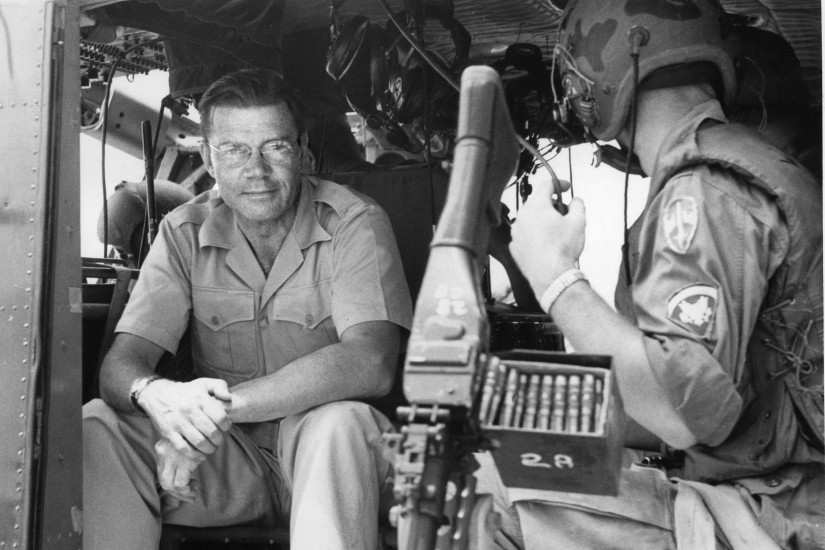 US Secretary of Defense Robert McNamara sits in a helicopter during his one-day visit to the US Marine airfield at Chu Lia, South Vietnam, 18 July 1965.
AFP/Getty Images

On Nov. 29, 1967, President Lyndon Johnson announced that Robert McNamara, the secretary of defense, would leave his post to run the World Bank. “I do not know to this day whether I quit or was fired,” McNamara wrote decades later. “Maybe it was both.”

It’s actually quite clear: He was fired. But he wasn’t the only one who was confused. The conditions of McNamara’s departure from the Pentagon were murky at the time — and that murkiness speaks volumes about McNamara, Johnson and the domestic politics of the Vietnam War.

Over the previous months, Johnson had become frustrated with McNamara’s growing disenchantment with the American war in Vietnam: his rising suspicion that the air war against North Vietnam was not working and would not work, that political stability in Saigon remained elusive and that therefore the administration ought to seek a negotiated exit. Johnson, raging privately that McNamara had turned soft, also suspected him of secretly scheming to prod Robert Kennedy, then a Democratic senator from New York, to run on a peace ticket in the presidential election the following year, challenging Johnson for the Democratic nomination.

Johnson couldn’t just dismiss McNamara outright, however; doing so risked him publicly defecting to Kennedy and denouncing the war. Better, Johnson determined, to find him a new position where he could be trusted to maintain a discreet silence — a place, that is, like the World Bank.

That McNamara did not consider leaving the administration of his own accord in that grim year of 1967 says much about the man, and about the demands of loyalty in American presidential politics.