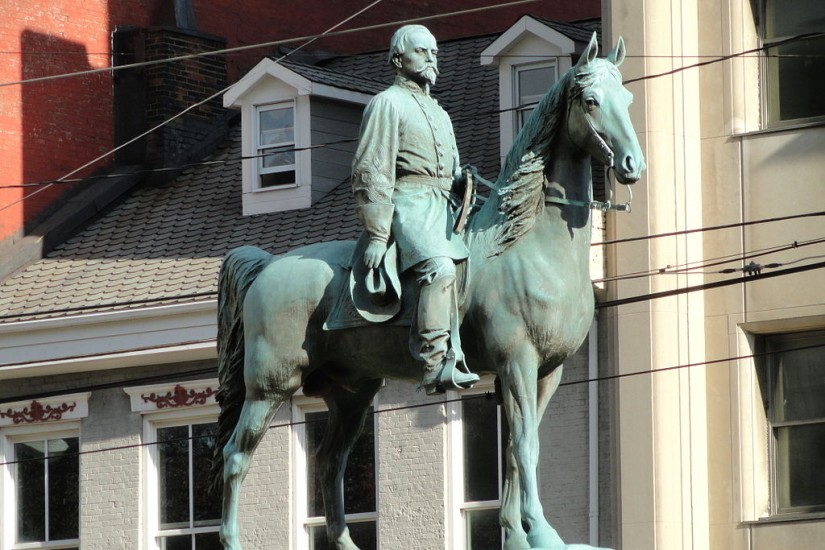 Late Saturday, prompted by events in Virginia, Mayor Jim Gray announced he would expedite the removal of two Confederate monuments from the lawn of the former Fayette County Courthouse.

The likenesses of John Hunt Morgan and John C. Breckenridge have been public targets since the deadly shooting in Charleston, S.C., in 2015 underscored the connection between Confederate symbolism and racial violence. But violence in Charlottesville added a new sense of immediacy.

As one who has studied the history of Confederate monuments in Kentucky, I was, as recently as a couple of years ago, advocating against this very thing. I was then committed to what historians and others call “contextualism.” Contextualism aims, through historical explanation, to displace the original intent of the statues, which was to honor the Confederate Lost Cause.

As I argue at length in my book, “Creating a Confederate Kentucky,” whites erected Confederate monuments not only to remember the past, but to control the present.

Initiated in an age where African-Americans sought to make social, economic and political gains, the monuments were a powerful reminder of who was in power. It was no coincidence that most appeared between 1890 and 1915, the heyday of lynching and the dawn of Jim Crow.

Historians and others who adopt this approach understand how and why Confederate monuments are offensive but argue that physically removing them from public places constitutes an erasure and a white-washing of history. Instead, they advocate adding the voices of the oppressed to the historical landscape through signage, markers and other statues representing the stories and experiences of slavery and Jim Crow.

My views changed, however, after seeing the failure of such a strategy in Louisville.