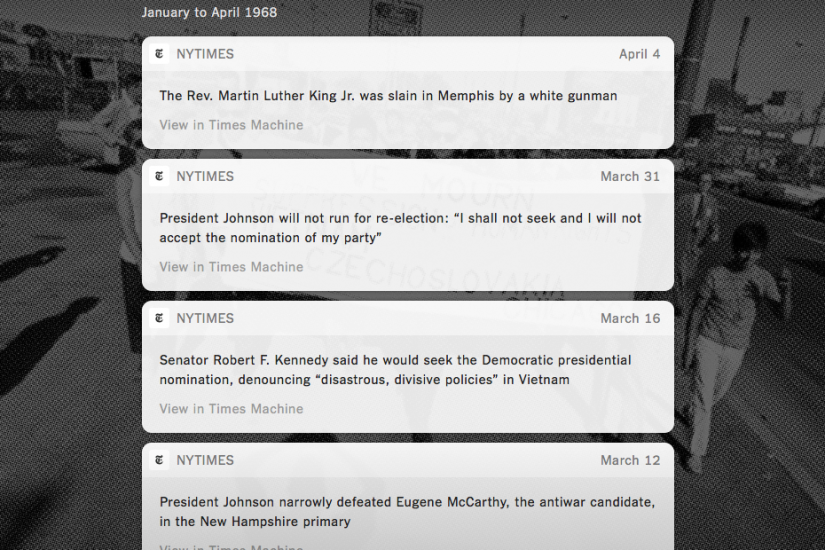 It was freezing on New Year’s Eve in Manhattan.

A fresh layer of snow blanketed the ground on the night of Dec. 31, 1967, and revelers in Times Square and Central Park seemed to look to the future with some hope. “World Bids Adieu to a Violent Year” was the Jan. 1 headline in The New York Times.
But 1968 would be tumultuous, too.

Even from the distance of a half-century, the moment feels familiar. From January to December, people demonstrated against racial injustice and economic inequality. Abroad, the United States military slogged through a seemingly interminable war. And after two terms with a Democrat in the White House, a Republican presidential candidate campaigned on a promise of law and order, and won.

It was the year between the Summer of Love and the summer of Woodstock, and some men grew their hair long while others were drafted to fight in Vietnam. “The country was bitterly divided: hawks and doves,” said Marc Leepson, an author, historian and Vietnam veteran.