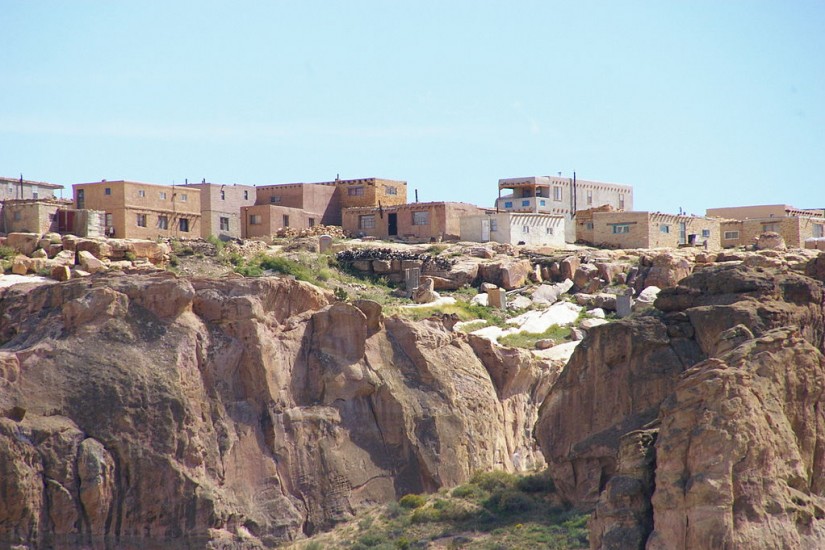 Acoma Pueblo, New Mexico, USA. Pueblo Indians were one of many tribes enslaved by the Spanish colonists in New Mexico.
Scott Catron/Wikimedia Commons

Lenny Trujillo made a startling discovery when he began researching his descent from one of New Mexico’s pioneering Hispanic families: One of his ancestors was a slave.

“I didn’t know about New Mexico’s slave trade, so I was just stunned,” said Mr. Trujillo, 66, a retired postal worker who lives in Los Angeles. “Then I discovered how slavery was a defining feature of my family’s history.”

Mr. Trujillo is one of many Latinos who are finding ancestral connections to a flourishing slave trade on the blood-soaked frontier now known as the American Southwest. Their captive forebears were Native Americans — slaves frequently known as Genízaros (pronounced heh-NEE-sah-ros) who were sold to Hispanic families when the region was under Spanish control from the 16th to 19th centuries. Many Indian slaves remained in bondage when Mexico and later the United States governed New Mexico.

The revelations have prompted some painful personal reckonings over identity and heritage. But they have also fueled a larger, politically charged debate on what it means to be Hispanic and Native American.

A growing number of Latinos who have made such discoveries are embracing their indigenous backgrounds, challenging a long tradition in New Mexico in which families prize Spanish ancestry. Some are starting to identify as Genízaros. Historians estimate that Genízaros accounted for as much as one-third of New Mexico’s population of 29,000 in the late 18th century.

“We’re discovering things that complicate the hell out of our history, demanding that we reject the myths we’ve been taught,” said Gregorio Gonzáles, 29, an anthropologist and self-described Genízaro who writes about the legacies of Indian enslavement.

Those legacies were born of a tortuous story of colonial conquest and forced assimilation.