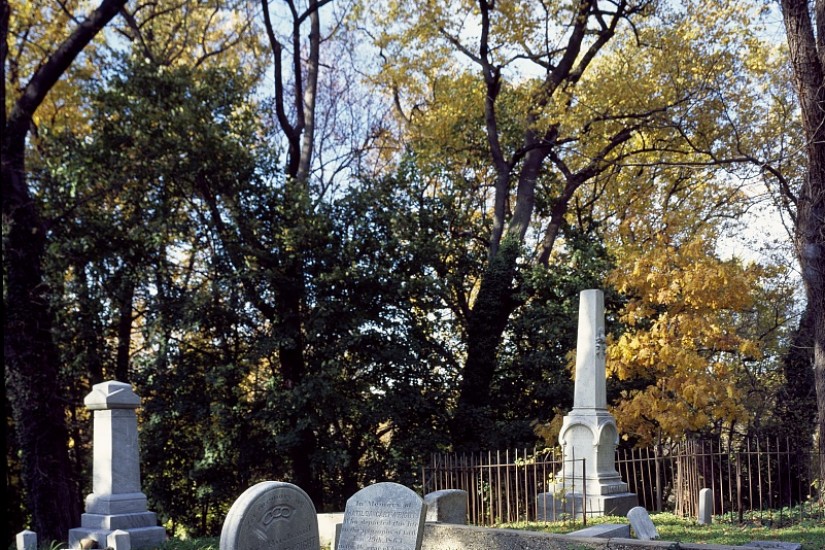 Slave cemetery in the Georgetown neighborhood, Washington, D.C.
Carol Highsmith / Library of Congress
The topic of slavery features prominently in each February’s reflections on African-American history. But when it comes to this darkest time in our country’s past, experts are still discovering horrors that have not yet made their way into history books.

One shocking fact that’s recently come to light: Major medical schools used slave corpses, acquired through an underground market in dead bodies, for education and research. Yes, there was a robust body-snatching industry in which cadavers — mostly the bodies of black people, many of whom had been enslaved when they were alive — were used at Harvard, the Universities of Maryland, Pennsylvania and Virginia, and other institutions. It is time to acknowledge this dark truth behind our understanding of human anatomy and modern medicine.

Over several years, I’ve studied what I call the domestic cadaver trade and its connection to 19th-century medical education. The body trade was as elaborate as the trans-Atlantic and domestic slave trade that transported Africans to the New World and resold African-Americans on our soil. But when enslaved people died, some were sold again and trafficked along the same roads and waterways they traveled while alive.

The domestic cadaver trade was active, functional and profitable for much of the 19th century. Fueled by demand from medical schools’ need for specimens for anatomy classes, it was a booming business. Typically, the supply of bodies consisted of executed criminals and unclaimed corpses from almshouses and prisons.
…
View on New York Times
View Connections