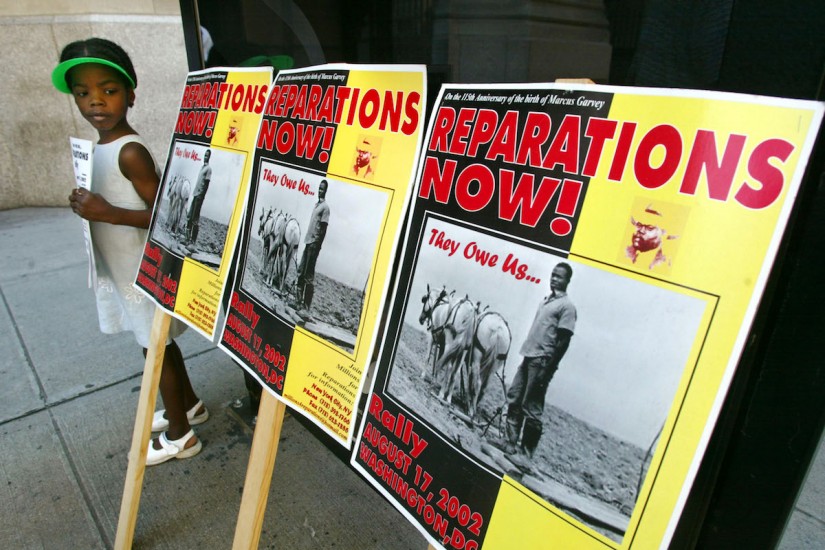 Over the last year, a 35-year-old West Philadelphia resident came to the realization that while he worked hard for his $120,000-a-year corporate salary, he didn’t necessarily earn it.

After all, he figured, white privilege paved the way for his many advantages: a college education, limited debt, and that well-paying job.
“It’s not like I deserve all this money, and someone else doesn’t,” he said. “There’s no reason for it other than skin color and forced oppression that’s not that far in the past.”

So, he decided to start giving it away — to people of color, as reparations.

He claims he now donates about two-thirds of his annual income — tens of thousands of dollars — to a range of initiatives. He participates in Safety Pin Box, a subscription service to support black women (and, some would say, to assuage white guilt). He donates to people who request help in reparations-focused Facebook groups. He’ll give a $20 tip on a $6 Uber ride if the driver is a person of color. Or, if someone he knows runs into financial trouble, he’ll simply give them the cash. The man asked not to be identified in this article because he doesn’t want to claim any credit for repaying what is, in his view, an old debt he had no right to incur.

The concept of paying reparations for America’s troubled heritage of slavery, redlining, and Jim Crow is not new, but, as a governmental solution appears as far off as ever, this more scattershot approach has taken root.

The idea of making or requesting donations as a way of chipping away at inequities began to gain serious traction around the 2016 presidential election. Georgetown sociology professor Michael Eric Dyson, whose book Tears We Cannot Stop: A Sermon to White America came out last year, proposed that white Americans set aside a different type of IRA: individual reparations accounts. Since then, a small but growing number of people in Philadelphia and elsewhere have been taking part — offering services, goods or cash to total strangers who are in need.