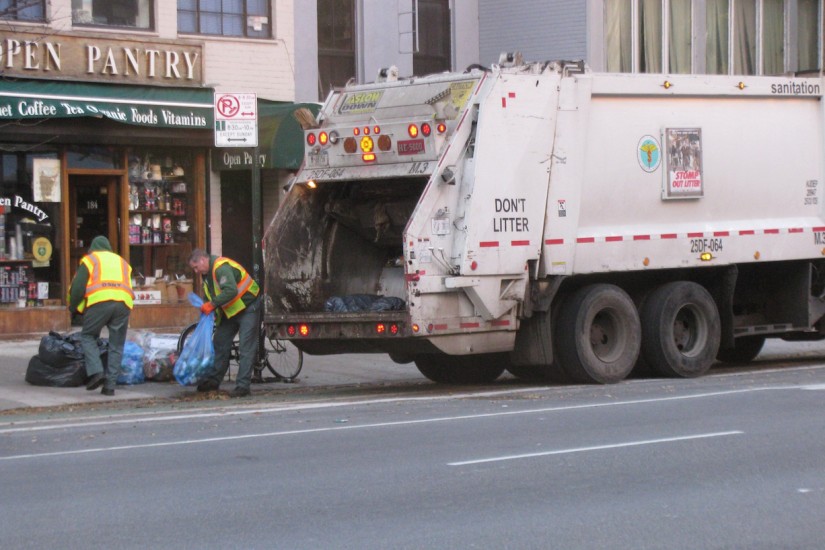 On a Saturday morning in 2013 in Brooklyn’s Dumbo neighborhood, an 18-year-old recycling worker, Luis Camarillo, was loading materials into a truck when the vehicle’s compactor crushed him. He was rushed to a hospital, where he died.

Mr. Camarillo’s death, while seemingly a freak accident, was in fact not unusual.

The hazards facing people in this line of work have a long history — they inspired the Memphis sanitation workers’ strike of 1968. That walkout was set off in part by the deaths of two Memphis sanitation workers, Echol Cole and Robert Walker, who were crushed to death by the hydraulic press of the truck they were riding on one rainy winter evening.

The strike, whose organizers demanded higher pay, the recognition of the workers’ union and safer working conditions, is often associated with the assassination of the Rev. Dr. Martin Luther King Jr. in Memphis the day after delivering his “Mountaintop” speech in support of striking sanitation workers. But when we think about the strike, we should also remember that half a century after his death, the work Dr. King was focused on in the last days of his life remains unfinished. A ProPublica investigation published in January detailed the grueling and unsafe working conditions faced by many of today’s private waste-management workers, who risk their lives daily for very little pay.

The investigation focused on New York City, but the conditions it uncovered aren’t at all unlike those in Memphis in 1968. There, the mostly African-American men who handled garbage did work that was dangerous, brutal and poorly paid. Aside from the hazards the trucks posed, sanitation workers had to handle materials like tree limbs, broken glass and biological waste that could infect, poison or otherwise injure them. They endured this in temperatures regularly exceeding 90 degrees, often without breaks. Crippling injuries were common.

The strike against those conditions quickly became a national focal point for labor activism and civil rights. For Memphis’s churches and N.A.A.C.P. chapter, drawing attention to the treatment of African-American sanitation workers was a vehicle to address the ills of segregation. The American Federation of State, County and Municipal Employees saw the strike as an opportunity to organize workers in a city that had resisted unionization. For Dr. King, it was aligned with the aims of the Poor People’s Campaign, which advocated economic opportunity as crucial to the realization of civil rights.