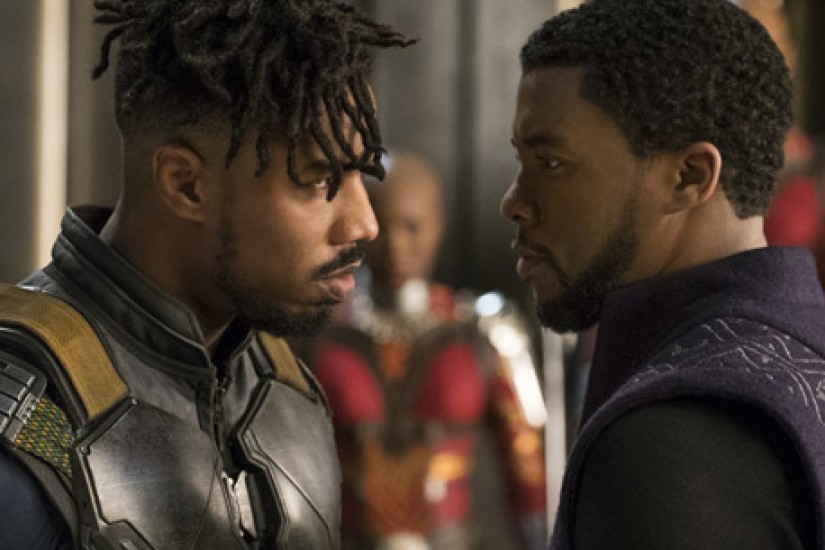 The black internet was, to put it mildly, exploding. Twitter reported that “Black Panther” was one of the most tweeted-about films of 2017, despite not even opening that year. There were plans for viewing parties, a fund-raiser to arrange a private screening for the Boys & Girls Club of Harlem, hashtags like #BlackPantherSoLit and #WelcomeToWakanda. When the date of the premiere was announced, people began posting pictures of what might be called African-Americana, a kitsch version of an older generation’s pride touchstones — kente cloth du-rags, candy-colored nine-button suits, King Jaffe Joffer from “Coming to America” with his lion-hide sash — alongside captions like “This is how I’ma show up to the Black Panther premiere.” Someone described how they’d feel approaching the box office by simply posting a video of the Compton rapper Buddy Crip-walking in front of a Moroccan hotel.

None of this is because “Black Panther” is the first major black superhero movie. Far from it. In the mid-1990s, the Damon Wayans vehicle “Blankman” and Robert Townsend’s “The Meteor Man” played black-superhero premises for campy laughs. Superheroes are powerful and beloved, held in high esteem by society at large; the idea that a normal black person could experience such a thing in America was so far-fetched as to effectively constitute gallows humor. “Blade,” released in 1998, featured Wesley Snipes as a Marvel vampire hunter, and “Hancock” (2008) depicted Will Smith as a slacker antihero, but in each case the actor’s blackness seemed somewhat incidental.

“Black Panther,” by contrast, is steeped very specifically and purposefully in its blackness. “It’s the first time in a very long time that we’re seeing a film with centered black people, where we have a lot of agency,” says Jamie Broadnax, the founder of Black Girl Nerds, a pop-culture site focused on sci-fi and comic-book fandoms. These characters, she notes, “are rulers of a kingdom, inventors and creators of advanced technology. We’re not dealing with black pain, and black suffering, and black poverty” — the usual topics of acclaimed movies about the black experience.

In a video posted to Twitter in December, which has since gone viral, three young men are seen fawning over the “Black Panther” poster at a movie theater. One jokingly embraces the poster while another asks, rhetorically: “This is what white people get to feel all the time?”