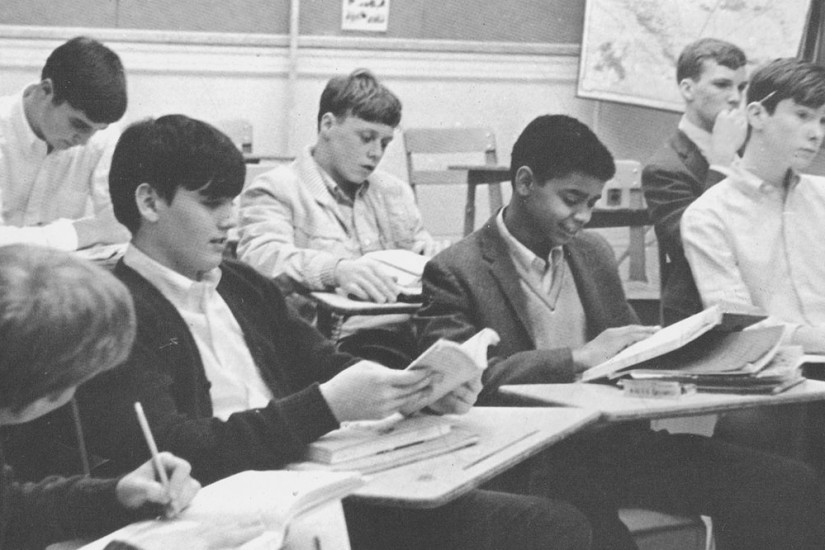 Anne Forsyth, an heiress of the North Carolina Cannon and Reynolds families, traveled in Winston-Salem’s emerging white liberal circles in the mid-’60s. One of her sons went to a Northern prep school that had long accepted black students, and Forsyth noticed that racial integration was beginning to occur almost everywhere except the prep schools of the South. An idea took hold of her. What would society look like if she exposed young wealthy white students to black scholarship students? Would the South change if its future leaders were socialized to be less bigoted? Her aim, using a few token blacks to mend the South’s racial divide from the top down, was utopian to say the least. It was also novel, a systematic effort by whites to help rid other whites of their prejudices. Providing a better life for black students was secondary.

They wouldn’t choose just any black students. Forsyth started the Stouffer Foundation, named for her mother, and hired a small team of like-minded white colleagues who toured the South coaxing schools to open their doors to blacks and scouting black public schools for exceptional students. In the years after Brown v. Board of Education, new private schools popped up around the South, and older private schools expanded enrollment. The schools gave such reasons for their growth as “quality education,” “Christian atmosphere,” “discipline” and “college preparation,” but mostly they were academies with nostalgia for the Jim Crow South, schools to which white families fled in order to avoid integrated public schools. Thirteen years after the Supreme Court ruling made school segregation unconstitutional, the Stouffer Foundation quietly sent off its first class.

V.E.S.’s headmaster, a New Englander named Austin Montgomery, agreed to accept Bill and Marvin over the objections of many parents and members of the school’s board. “Why, why, why have you done this cruel thing to our beloved school?” one parent wrote. “A private boarding school like V.E.S. is an extension, a part of the family,” another wrote. “We have no intention whatsoever of integrating those of another race into our family.” The school’s tract of land had been part of a working slave plantation until Emancipation. In the years before Bill and Marvin arrived, V.E.S. tore down the remaining slave cabin on the grounds.