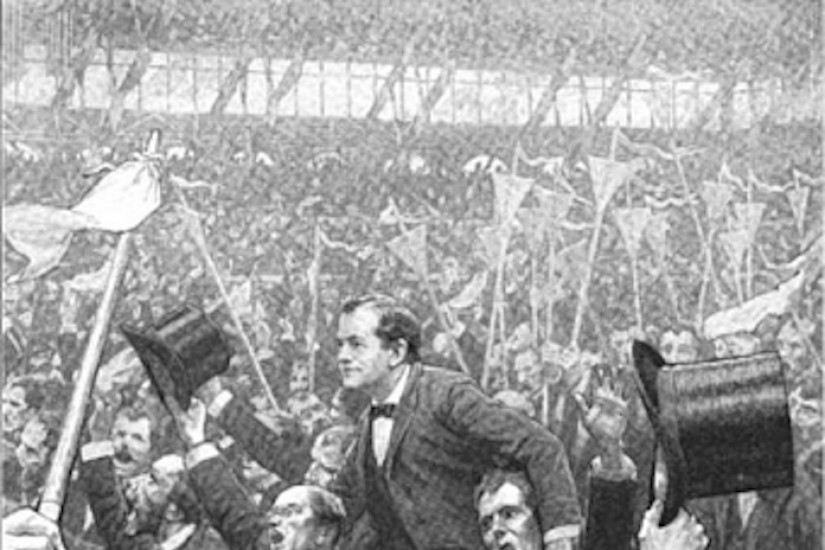 A depiction of William Jennings Bryan on the shoulders of his delegates after his &#34;Cross of Gold&#34; speech, 1896 Democratic National Convention.
William Robinson Leigh/Wikimedia Commons
…

Populism in the 21st century is as much a reaction to globalization as its late-19th-century version. While the backlash in the United States and Europe differs in specific details, the broad outlines are similar. Large segments of the workers in these advanced economies — older, less-skilled manufacturing employees and the communities they live in — have seen their earnings decline or stagnate and their relative social status take a big hit. These groups see governments as increasingly in the pocket of financial and business elites, the big winners of globalization. The discontent in turn fuels populist leaders who promise to wrest control from faceless global market forces and re-empower the nation-state.

The populist backlash unleashed by advanced stages of economic globalization should not have been a surprise, least of all to economists. The warning signs are right there in the basic economic theory we teach in the classroom. Yes, globalization expands economic opportunities: There are gains from trade. But globalization also entails stark distributional consequences, with some groups almost always left worse off. Factory closings, job displacement and offshoring are the flip side of the gains from trade.

What is more, these redistributive effects loom larger relative to the overall economic gains as globalization advances and trade agreements begin to aim at less consequential barriers. In other words, in its late stages, globalization looks less and less as if it is expanding the overall economic pie and more and more as though it is simply taking money from some groups and giving it to others.

In principle, an active government can take the edge off the resentment produced by redistribution. In Western Europe, an extensive welfare state has historically provided the safety nets that in turn enabled levels of economic openness that are much higher than in the United States. But often the response of the government has been to plead incapacity in the face of inexorable global economic realities: “We cannot tax the winners — the wealthy investors, financiers and skilled professionals — because they are footloose and they would move to other countries.” This reinforces populists’ yearning to reassert national economic control.