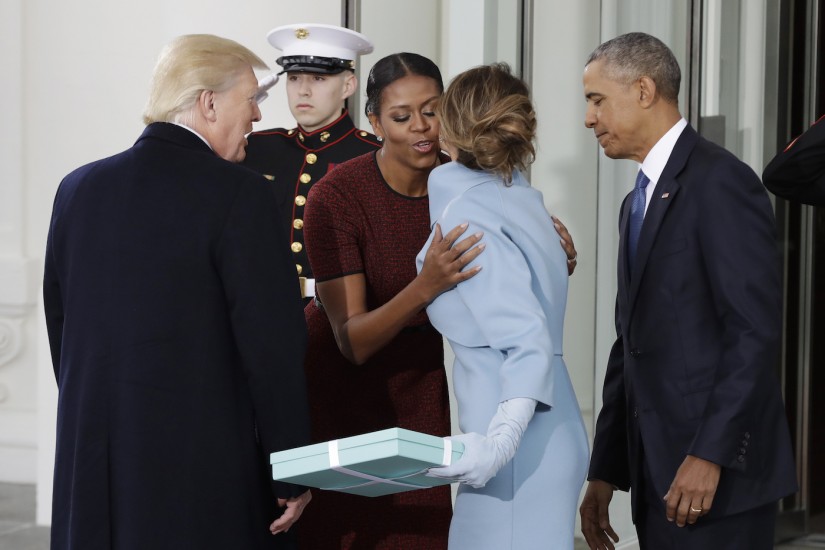 The current First Lady, despite or because of foreign birth, exemplifies American niceness. That’s not a compliment. Nice is derived from the Latin nescius, “silly” or “foolish”. It has in English acquired implications of sweet earnestness, but also in the United States a manipulative edge: “see what a nice person I am, be nice to me, or I’ll stop being nice to you”. Bramen examines, accordingly, “how niceness has figured in a national fantasy of American exceptionalism”, as a “combination of rudeness and compassion”. Bramen is not arguing that Americans are actually nice, or calculating US per capita production of thank-you notes compared to other nations. Rather, she examines the cultural function of niceness, as a sanctioned behaviour, normative especially for white, middle-class Americans. “My objective is to take banality seriously”, she explains.

Evil truly can be banal, if niceness has become a characteristic affect in a nation built on Indian removal, enslavement, genocide and violent invasion of the lands of others. There’s a connection, Bramen argues, between being nice and being aggressive, either passive or otherwise. The connection signifies something about American democracy, how citizenship requires a performance of pleasantness, whatever the bloody mayhem, even if the blood being spilt is your own. It began at the beginning. Bramen describes the American break with Britain as a matter of “hurt feelings rather than defiance”. The Declaration of Independence personalized the political, itemizing grievances against George III, the wicked imperial father of the misunderstood colonials. That document primordially distinguished New World niceness from Old World violence, contrasting colonial patience with British high-handedness.

Bramen presents further historic instances of this malevolent emphasis on good cheer. First, she looks at settler colonialism, how the settlers assumed that Indians who were hospitable were proof of the invaders’ deserving quality, proof that they were nice. So darned nice that, somehow, their betrayal of Indian kindness in Indian Removal, the doctrine of manifest destiny, and genocide were acceptable. Settlers were always the more heroic sufferers, the ones who merited compassion, the eternal victims who never did wrong. Bramen’s second example, “Southern Niceness”, addresses the myth that slaveholding was an act of white benevolence.