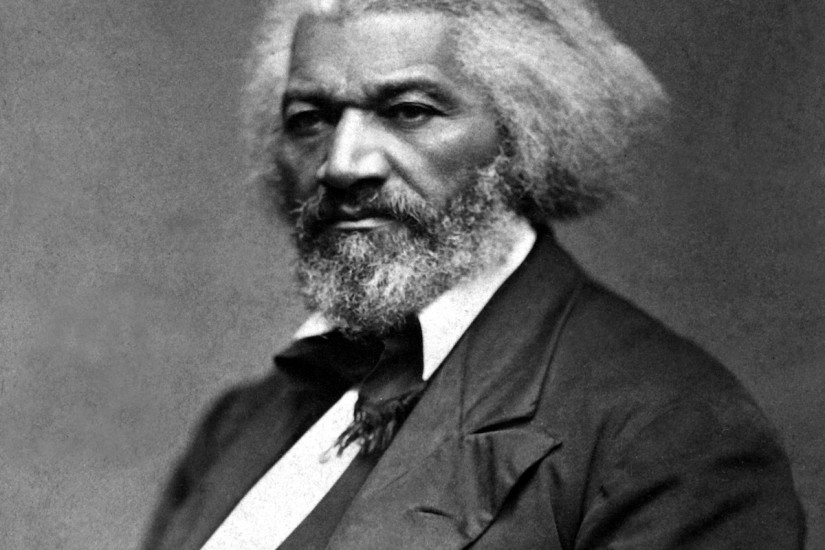 Frederick Douglass (ca. 1879).
George K. Warren/National Archives
…
Among the central exhibits that Sandefur presents before the court of public opinion in his case to prove Douglass’s “libertarianism” is the claim that his devotion to private property was so strong that he “never joined in efforts by some leaders, including Charles Sumner, to confiscate plantation land and divide it among the former slaves.” What Sandefur does not point out — and it’s a crucial omission — is that Douglass actually came to believe that this view was mistaken.

This is no trifling instance of a historian’s quarrel. Indeed, it strikes at what I take to be the enduring questions at the core of the debates over Douglass’s ideological legacy: What did he mean by freedom and how did he believe freedom could be best secured?

On Aug. 1, 1880, Douglass delivered an Emancipation Day speech in Elmira, N.Y. Douglass, like many abolitionists, had long observed Emancipation Day to commemorate the end of slavery in the British West Indies. As the 62-year-old Douglass rose to speak on that day, though, he was thinking about a history less distant. More specifically, he concerned himself with the question of what the Reconstruction era had to teach us about the meaning of freedom.

Reconstruction failed, Douglass explained, because the Republic “gave freedmen the machinery of liberty, but denied them the steam to put it in motion.” The Republic, he said, “called them citizens” but left them “subjects,” and it “called them free and almost left them slaves.”

Douglass’s claim here is beyond contention: Although emancipation from slavery was an important step toward liberation, it did not complete the journey. Members of the emancipated class were no longer slaves, but they were not quite free either.