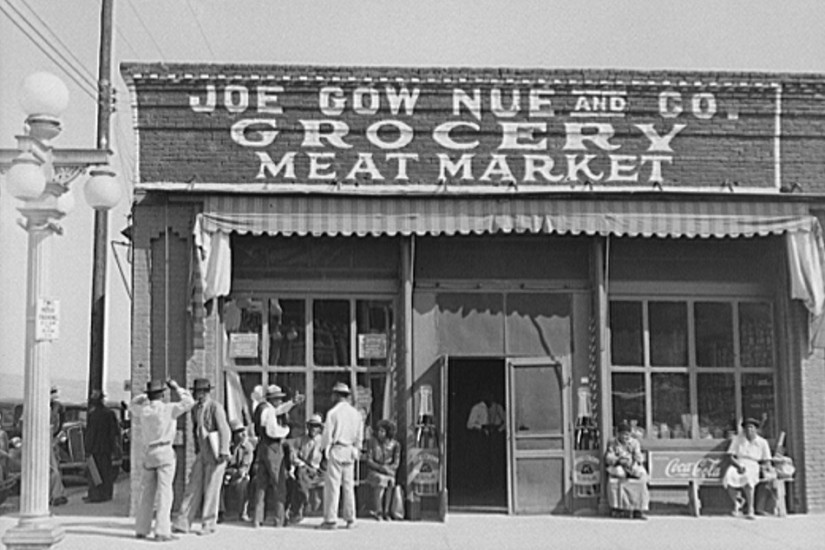 If you drive through the Mississippi Delta on a typical, achingly hot summer day, you pass former cotton plantations where thousands of black people were enslaved, and as sites where men and women struggled, and all too often died, during the civil rights movement.

It is easy to understand why the blues was born here.

While the story of the Delta was, and in some ways still is, one of inequality and segregation between white and black people, there was another little noted community in their midst in the 20th century: a community of Chinese-Americans.

“The Chinese have been in the Delta for more than a hundred years,” said Frieda Quon, a retired librarian who speaks with a southern drawl. “When we came initially, we didn’t have rights. We couldn’t go to the white schools, couldn’t even get a haircut, could not go to the hospitals. We were second-class citizens. After the civil rights era, we gained more rights. I think the communities realized, ‘Hey the Chinese are really making a contribution.’”

Ms. Quon was among a dozen Mississippians of Chinese descent who were photographed and interviewed by Andrew Kung and Emanuel Hahn. Though the photographers had only met in New York in 2017, they have much in common apart from being Asian-American — both became photographers after attending business school and working for tech start-ups.

Mr. Kung, 26, and Mr. Hahn, 28, decided to do a project together, and while exploring the history of Asian-American immigrants in the United States, they learned about the little told story of the Mississippi Delta’s Chinese-American community.

Chinese immigrants first came to the Delta after the Civil War to work on plantations, but it was not until the 1900s that their numbers grew, as scores of Chinese family-owned grocery stores, mostly catering to their black neighbors, sprang up. By the 1970s, there were as many as 3,000 residents of Chinese descent in the Delta, many of them living in houses attached to their family’s stores. In this highly segregated society they were barred from social organizations, public facilities and white public schools. In the mid-1940s, there were separate classrooms for Chinese students in Cleveland, Miss.

In the course of their project, Mr. Kung and Mr. Hahn recorded oral histories and found that the Chinese residents that they met were at times very much like their neighbors.