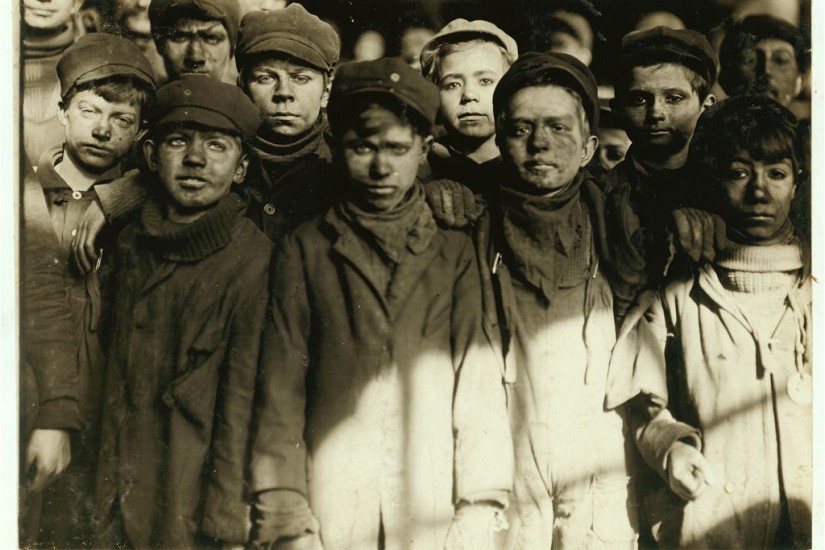 Lewis Hine photographed child laborers c. 1910 for the US government, and this is one of those photographs. This picture is often falsely identified as portraying Irish slaves.
Lewis Hine/Library of Congress

It has shown up on Irish trivia Facebook pages, in Scientific American magazine, and on white nationalist message boards: the little-known story of the Irish slaves who built America, who are sometimes said to have outnumbered and been treated worse than slaves from Africa.

But it’s not true.

Historians say the idea of Irish slaves is based on a misreading of history and that the distortion is often politically motivated. Far-right memes have taken off online and are used as racist barbs against African-Americans. “The Irish were slaves, too,” the memes often say. “We got over it, so why can’t you?”

A small group of Irish and American scholars has spent years pushing back on the false history. Last year, 82 Irish scholars and writers signed an open letter denouncing the Irish slave myth and asking publications to stop mentioning it. Some complied, removing or revising articles that referenced the false claims, but the letter’s impact was limited.

Fact vs. Fiction
The Irish slave narrative is based on the misinterpretation of the history of indentured servitude, which is how many poor Europeans migrated to North America and the Caribbean in the early colonial period, historians said.

Without a doubt, life was bad for indentured servants. They were often treated brutally. Not all of them entered servitude willingly. Some were political prisoners. Some were children.“I’m not saying it was pleasant or anything — it was the opposite — but it was a completely different category from slavery,” said Liam Hogan, a research librarian in Ireland who has spearheaded the debunking effort. “It was a transitory state.”

The legal differences between indentured servitude and chattel slavery were profound, according to Matthew Reilly, an archaeologist who studies Barbados. Unlike slaves, servants were considered legally human. Their servitude was based on a contract that limited their service to a finite period of time, usually about seven years, in exchange for passage to the colonies. They did not pass their unfree status on to descendants.
…
View on New York Times
View Connections