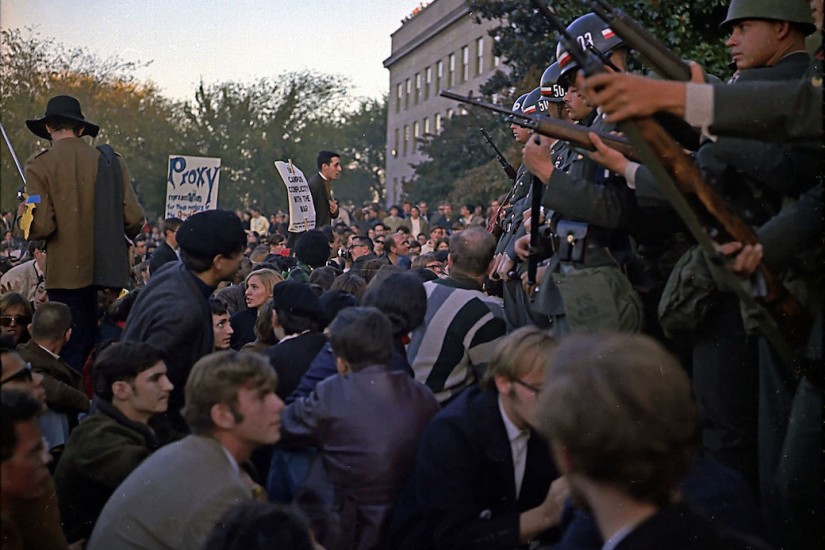 Was America’s war in Vietnam a noble struggle against Communist aggression, a tragic intervention in a civil conflict, or an imperialist counterrevolution to crush a movement of national liberation? Those competing interpretations ignited fiery debates in the 1960s and remain unresolved today. How we name and define this most controversial of American wars is not a narrow scholarly exercise, but profoundly shapes public memory of its meaning and ongoing significance to American national identity and foreign policy.

During the war years, America’s leaders insisted that military force was necessary to defend a sovereign nation — South Vietnam — from external Communist aggression. As President Lyndon B. Johnson put it in 1965, “The first reality is that North Vietnam has attacked the independent nation of South Vietnam. Its object is total conquest.”

Even more disturbing, Johnson quickly added (following a script written by his predecessors Harry Truman, Dwight Eisenhower and John F. Kennedy), the Communists in Vietnam were supported and guided by the Soviet Union and China. Therefore, the war in South Vietnam was not an isolated, local conflict, irrelevant to American national security, but rather one that was inseparable from the nation’s highest priority — the Cold War struggle to contain Communism around the globe. Further raising the stakes, policymakers warned that if South Vietnam fell to Communism, neighboring countries would inevitably fall in turn, one after another, like a row of dominoes.

Three decades later, Robert McNamara, a key architect of the Vietnam War who served as defense secretary for both Presidents Kennedy and Johnson, renounced those wartime claims — the very ones he and others had invoked to justify the war. In two books, “In Retrospect” (1995) and “Argument Without End” (2000), McNamara conceded that the United States had been “terribly wrong” to intervene in Vietnam. He attributed the failure to a lack of knowledge and judgment. If only he had understood the fervor of Vietnamese nationalism, he wrote, if only he had known that Hanoi was not the pawn of Beijing or Moscow, if only he had realized that the domino theory was wrong, he might have persuaded his presidential bosses to withdraw from Vietnam. Millions of lives would have been saved. If only.

In fact, however, in the 1960s, when McNamara advocated massive military escalation in Vietnam, he simply rejected or ignored any evidence that contradicted Cold War orthodoxy.