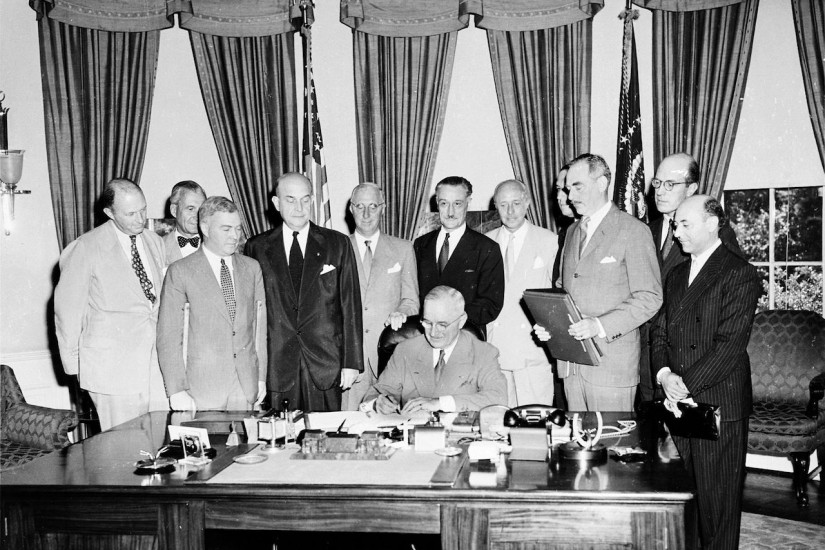 In the aftermath of World War II, the victorious Western countries forged institutions — NATO, the European Union, and the World Trade Organization — that aimed to keep the peace through collective military might and shared prosperity. They promoted democratic ideals and international trade while investing in the notion that coalitions were the antidote to destructive nationalism.

But now the model that has dominated geopolitical affairs for more than 70 years appears increasingly fragile. Its tenets are being challenged by a surge of nationalism and its institutions under assault from some of the very powers that constructed them — not least, the United States under President Trump.

In place of shared approaches to societal problems — from trade disputes, to security, to climate change — national interests have captured primacy. The language of multilateral cooperation has been drowned out by angry appeals to tribal solidarity, tendencies that are heightened by economic anxieties.

“What we’ve seen is a kind of backlash to liberal democracy,” said Amandine Crespy, a political scientist at Free University Brussels (ULB) in Belgium. “Masses of people feel they have not been properly represented in liberal democracy.”

Even as nationalists take aim at globalists, the eventual shape of international relations remains an open question. In a sign that investors are optimistic that talks can yet avert a trade war between the United States and China, markets soared on Monday. And the United States, Canada and other European nations expelled Russian diplomats in solidarity with Britain over the poisoning of a Russian defector in London, enhancing hopes that old alliances will endure.

Still, public anger at traditional centers of power remains fierce in many lands, with Mr. Trump’s election the most potent manifestation. He has claimed a mandate to attack the global establishment and its sacred institutions in the name of reasserting American primacy. He has injected uncertainty into the American commitment to NATO while dismissing the World Trade Organization as a “disaster.”

Within a White House roiled by tumult, recent weeks have demonstrated that the nationalists have seized the upper hand from their few globalist peers. Gary Cohn, the Goldman Sachs alumnus who advised Mr. Trump on economic policy, has departed. Peter Navarro, the stridently anti-China trade adviser, has gained influence. Since then, Mr. Trump has antagonized core allies with tariffs on steel and aluminum while raising the specter of a trade war with China.