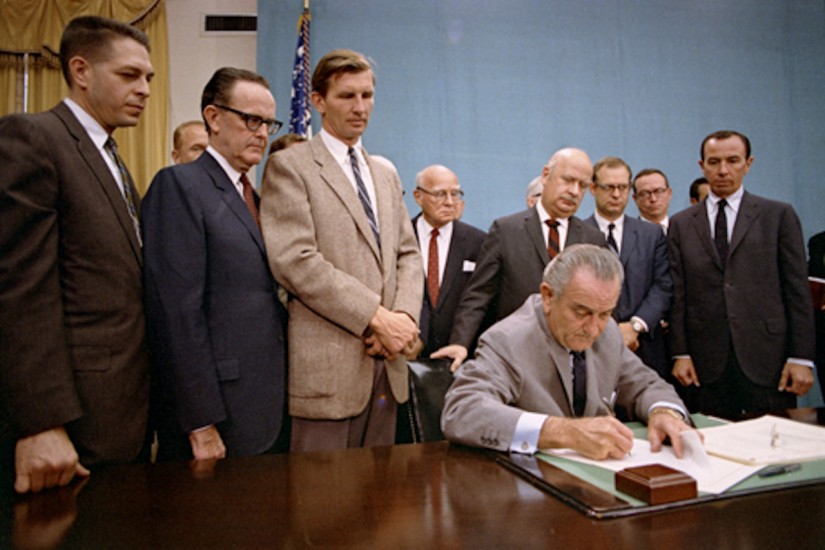 We are now witnessing the emergence of the most passionate movement for gun control since 1968. The country’s ordeal half a century ago illustrates that horrific episodes of gun violence do not themselves prompt legislative action; only the sustained pressure of an energized populace can do that. The students of Marjory Stoneman Douglas High School in Parkland, Fla., surely grasp this truth.

Those who organized for gun control in 1968 ultimately obtained a piece of legislation that President Lyndon Johnson admitted was “not nearly enough.” The question remains whether the eloquent and indefatigable Stoneman Douglas students, and their millions of allies across the country who will take to the streets in protest this weekend, can push legislators further.

After the assassination of President John F. Kennedy in 1963, advocates of gun control tried to bring legislation to the Senate floor. Dodd often led the charge. At first, he worked with the arms manufacturers in Connecticut and the National Rifle Association. But the N.R.A. grew more extreme over the course of the decade and began to oppose almost all regulatory legislation. Dodd’s bills never made it out of Senate committees.

By 1967, opinion polls found widespread support for gun control, even among gun owners. One of the prime reasons was racism: Whites feared black people with guns, whether they were Black Panthers or urban rioters. In the spring of 1967, the California Legislature passed the Mulford Act, which outlawed the open display of guns and was aimed at restraining the Black Panther Party.

But such legislative action had become increasingly rare. On April 4, 1968, one hour before James Earl Ray aimed his rifle at the balcony of the Lorraine Motel in Memphis, the Senate Judiciary Committee deadlocked on a proposal to regulate gun sales (it banned mail-order and interstate gun sales, though it exempted rifles and shotguns). Four senators had been absent from the meeting. At another meeting of the committee two days later, they tipped the balance in favor of this amendment, which had been offered by Dodd. The measure was added to the Safe Streets Act, which was itself part of an omnibus crime bill.

The N.R.A. mobilized against the Dodd amendment; on April 9, the association sent a letter to its 900,000 members, warning that the legislation could eventually end “the private ownership of all guns.”