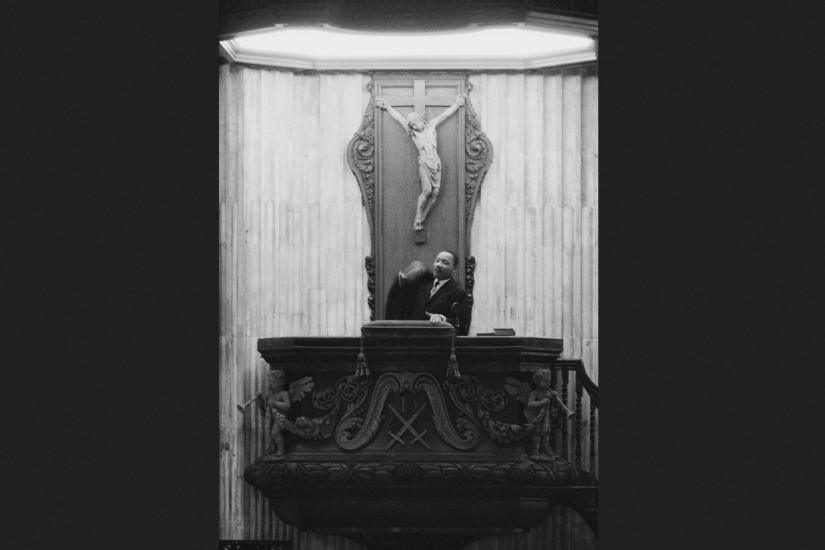 White evangelicals were opposed to Dr. King because they conveniently divided body and soul: Race was a social issue that should be determined by rules in society and laws generated by government. Such a view meant that the racist status quo was sacred. The point of religion was to save the souls of black folk by preaching a gospel of repentance for personal sin, even as segregation often found a white biblical mandate. After Dr. King spoke at the Southern Baptist Theological Seminary in 1961, the most prominent institution of the nation’s largest Protestant denomination, many white churches in the South withheld financial contributions to the school.

If rabid racists were a clear threat to black well-being, it was the white moderates who claimed to support civil rights but who urged caution in the pursuit of justice who proved to be a special plague. In 1963, eight white Alabama clergymen issued a statement pleading for black leaders to slow their aggressive campaign against segregation in Birmingham, Ala. The clergymen cited “outsiders” who had come to Birmingham to lead demonstrations that were “unwise and untimely.”

The white clergymen blamed the black protests for inciting hatred and violence through their “extreme measures,” arguing that their cause “should be pressed in the courts and in negotiations among local leaders, and not in the streets.”Their statement led Dr. King, imprisoned for his protests against injustice, to draft his well-known “Letter From Birmingham Jail,” in which he “almost reached the regrettable conclusion that the Negro’s great stumbling block in the stride toward freedom is not the White Citizens’ Council-er or the Ku Klux Klanner, but the white moderate who is more devoted to ‘order’ than to justice.” It was the same white moderates who led Dr. King near the end of his life to conclude that “most Americans are unconscious racists.”

It wasn’t only the white church Dr. King had to combat. In 1961 he joined other black ministers who were dissatisfied with the conservative leadership of the National Baptist Convention to form a rival body, the Progressive National Baptist Convention. Dr. King reserved some of his harshest criticism for the black church. Less than two months before he perished, Dr. King and his Southern Christian Leadership Conference organization convened a meeting of ministers in Miami.

“We didn’t come to Miami to play,” Dr. King warned his listeners in an address titled “To Minister to the Valley.” And he didn’t. “Let us admit that even the black church has often been a taillight rather than a headlight,” Dr. King preached. As social injustice roared, these ministers kept silent “behind the safe security of stained-glass windows.” As their members struggled with poverty, they mouthed “pious irrelevancies and sanctimonious trivialities.”

Then Dr. King came in for the kill: “Let us honestly admit that all too often we’ve been more concerned about the size of the wheelbase on our automobiles, and the amount of money we get in our anniversaries, than we’ve been concerned about the problems of the people who made it possible for us to get these things.” Dr. King argued that “the great tragedy is that Christianity failed to see that it had the revolutionary edge.”