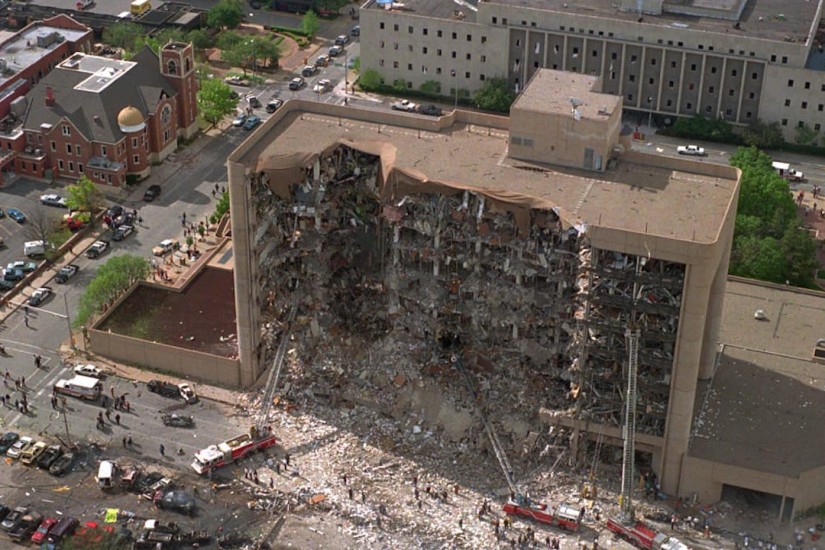 When neo-Nazi and alt-right demonstrators attacked counterprotesters in Charlottesville, Va., last September, killing one and injuring several others, many Americans responded with surprise that white supremacists were suddenly in their midst. But white-power activism is not new, nor has it been part of an underground history. We knew. And we forgot.

Twenty-three years ago, on April 19, 1995, a Ryder rental truck filled with fertilizer exploded in front of the Alfred P. Murrah Federal Building in Oklahoma City. The bombing killed 168 people, including 19.

And yet, in these 23 years, the bombing remains misunderstood as an example of “lone wolf” terrorism. People repeat the words of the bomber Timothy McVeigh, an avowed white-power advocate who before his execution pointed out how scary it was that one man could wreak “this kind of hell.”

But in fact, the bombing was the outgrowth of decades of activism by the white-power movement, a coalition of Ku Klux Klan, neo-Nazis, skinheads and militias, which aimed to organize a guerrilla war on the federal government and its other enemies.

Its network of activists spanned regional, generational, gender and other divides. Membership numbers are hard to pin down, but scholars estimate that in the 1980s the movement included around 25,000 hard-core members, 160,000 more who bought white-power literature and attended movement events, and 450,000 who read the literature secondhand.

These hundreds of thousands of adherents were knit tightly together. As a historian of the movement, I have spent a decade connecting threads among thousands of documents, including original correspondence and ephemera of activists, government surveillance documents, court records and newspaper reports.

From the formal unification in 1979 of previously antagonistic groups under a white-power banner, through its revolutionary turn to declare war on the government in 1983, through its militia phase in the early 1990s, the white-power movement mobilized through a cohesive social network using commonly held beliefs. Its activists operated with discipline and clarity, training in paramilitary camps and undertaking assassinations, mercenary soldiering, armed robbery, counterfeiting and weapons trafficking.

White-power violence was discussed in major newspapers, on public access television, on talk shows and morning news shows, on the radio, and portrayed in television mini-series and movies. How, then, were white-power activists so misunderstood by so many Americans so that today we are once again stunned to find them marching in our streets?