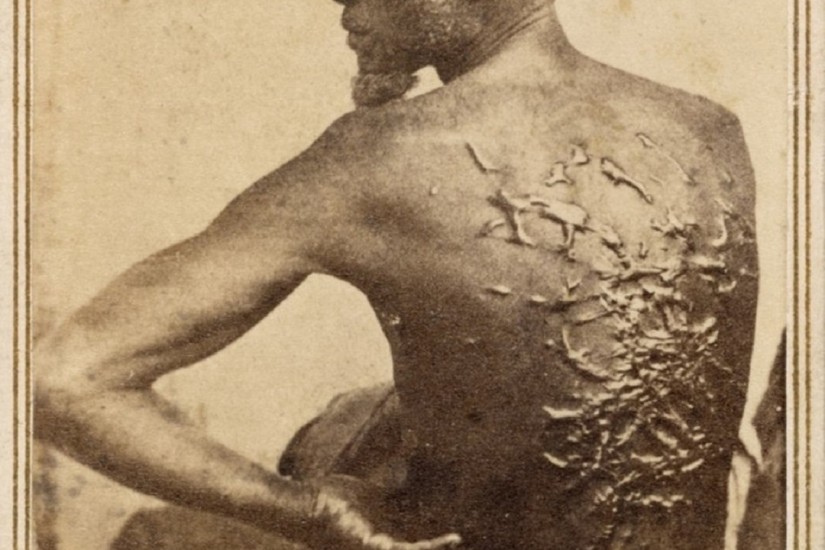 An 1863 photograph that became known as “The Scourged Back”’ shows the whipping scars on Gordon, a former slave in Louisiana who escaped to Union lines.
McPherson & Oliver/Illinois State Historical Library

A video of the rapper Kanye West discussing slavery is a sad reminder of America’s historical amnesia about the brutal realities of that institution. “When you hear about slavery for 400 years,” he said in the clip, which was widely circulated on Twitter, “that sounds like a choice.”

Mr. West seemed to suggest that enslaved African-Americans were so content that they did not actively resist their bondage, and, as a result, they bear some responsibility for centuries of persecution.

He’s not alone in his thinking. In 2016, the former Fox News host Bill O’Reilly asserted that slaves were “well fed and had decent lodgings.” Last September, the Alabama senatorial candidate Roy Moore deemed the antebellum era the last great period in American history. “I think it was great at the time when families were united,” he declared. “Even though we had slavery, they cared for one another.”

Modern scholarship has debunked such whitewashing, accurately depicting slavery as an inhumane institution rooted in greed and the violent subjugation of millions of African-Americans.

Yet countless Americans have not learned these lessons. They cling, instead, to a romanticized interpretation of slavery, one indebted to a book published 100 years ago.

In the spring of 1918, the historian Ulrich Bonnell Phillips published his seminal study, “American Negro Slavery,” which framed the institution as a benevolent labor agreement between indulgent masters and happy slaves. No other book, no monument, no movie — save, perhaps, for “Gone With the Wind,” itself beholden to Phillips’s work — has been more influential in shaping how many Americans have viewed slavery.

Born in 1877 into a Georgia family with planter roots, Phillips developed an abiding sympathy for the Old South. He studied history at the University of Georgia and then as a graduate student at Columbia University under the tutelage of William A. Dunning, a scholar with a pro-Southern bent.

After earning his doctorate in 1902, Phillips set out to correct the slanted picture of the Southern past that he believed prevailed at the time. “The history of the United States has been written by Boston and largely been written wrong,” he lamented. “It must be written anew before it reaches its final form of truth, and for that work, the South must do its part.”