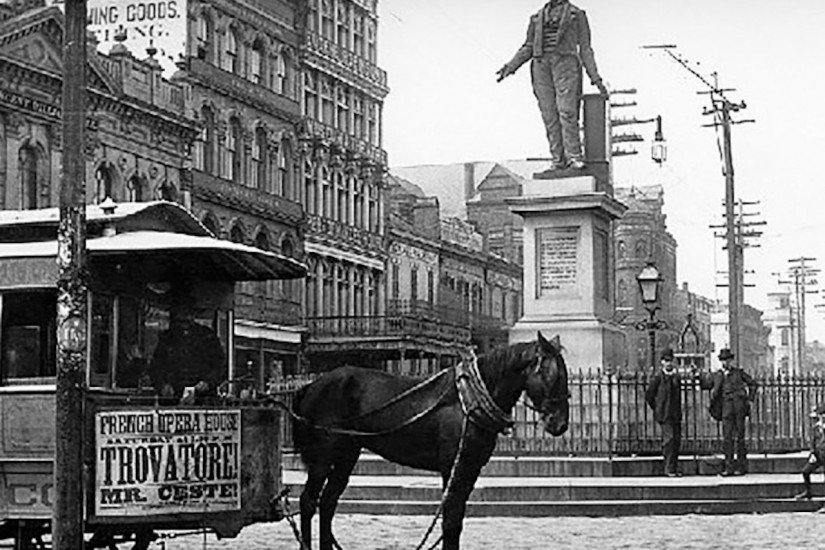 When did America desegregate public transportation? Most people would probably answer 1955, when Rosa Parks’s refusal to surrender her seat ignited the Montgomery Bus Boycott. But the story begins at least 88 years before that, when William Nichols calmly took a seat aboard a whites-only streetcar in New Orleans, Louisiana, and refused to move. The date was April 28, 1867, two years after the end of the Civil War.

Nichols was one of the thousands of African American women and men throughout New Orleans and the nation to declare a nonviolent war on streetcar segregation that year. Using tools familiar to later generations of civil rights activists—marches, boycotts, sit-ins, and rallies—these former slaves and freeborn people of color not only established many of the South’s first racially integrated public institutions, but they also helped expand the civil rights of all Americans.

Since the end of the Civil War in 1865, the nation had struggled to determine the meaning of what President Lincoln called America’s “new birth of freedom.” The Thirteenth Amendment had abolished slavery, but both northern and southern states and localities still severely restricted the rights of African Americans. In 1866 Congress passed a controversial bill guaranteeing all citizens equal access to their “Civil Rights.” But what, exactly, were civil rights? The list of a man’s rights in society remained undefined. Many argued that civil rights referred primarily to the right to own property, sign contracts, and testify in court, and had little bearing upon a jurisdiction’s authority to restrict voting access or to racially segregate facilities.

Yet for African Americans living in New Orleans, streetcar segregation led to constant inconveniences and chafing insults. While whites could board any streetcar, African Americans were only permitted aboard a limited number of streetcars affixed with large black stars. The term “star” became shorthand for a segregated facility, just as “Jim Crow” would a half century later. There never seemed to be enough star cars, and when one arrived it was often overcrowded. African Americans hated the indignity of crowding aboard overloaded streetcars. White gangs knew this, and often made a point of only riding star cars, to crowd out and humiliate African American passengers, and particularly to harass well-to-do black women.

African American riders continuously tested, resisted, and undermined this degrading segregated streetcar system. They tried to board whites-only streetcars, or refused to board star cars.