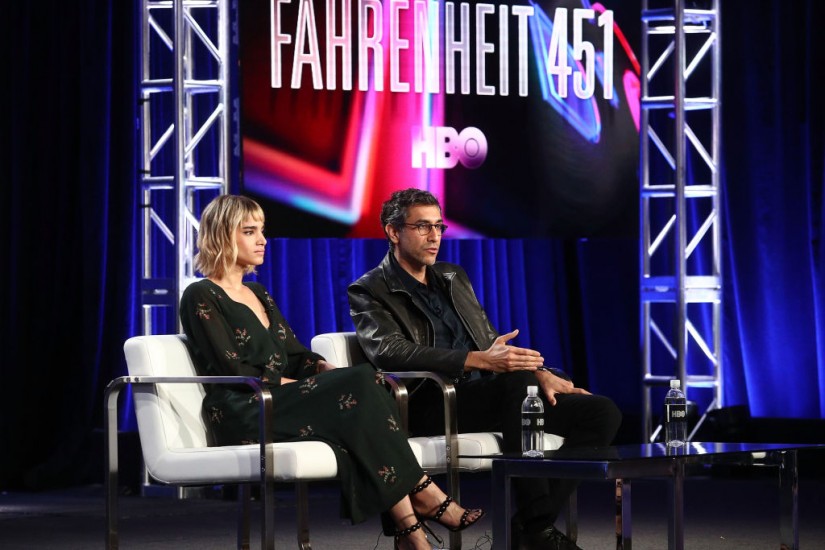 “Fahrenheit 451” was written in the early 1950s, not long after Nazis burned books and, eventually, human beings. America was living under a cloud of fear created by the House Un-American Activities Committee and McCarthyism, which brought political repression, blacklists and censorship of literature and art. These anxieties permeate the novel.

But Bradbury’s key inspiration was the invasion of seven-inch black-and-white televisions into people’s homes. Bradbury was no Luddite. He wrote screenplays, including one for an adaptation of “Moby-Dick.” He also wrote 65 episodes of a television series, “The Ray Bradbury Theater.” But in “Fahrenheit 451” Bradbury was warning us about the threat of mass media to reading, about the bombardment of digital sensations that could substitute for critical thinking.

In the novel, he imagined a world where people are entertained day and night by staring at giant wall screens in their homes. They interact with their “friends” through these screens, listening to them via “Seashells” — Bradbury’s version of Apple’s wireless AirPods — inserted in their ears. In this world, people would be crammed “full of noncombustible data” — words to popular songs, the names of state capitals, the amount of “corn Iowa grew last year.” They will “feel they’re thinking,” Bradbury wrote, “and they’ll be happy, because facts of that sort don’t change.”

Bradbury was worried about the advent of Reader’s Digest. Today we have Wikipedia and tweets. He worried that people would read only headlines. Today it seems that half the words online have been replaced with emojis. The more we erode language, the more we erode complex thought and the easier we are to control.

Bradbury feared memory loss. Today we have designated Google and our social-media accounts as the guardians of our memories, emotions, dreams and facts. As tech companies consolidate power, imagine how easy it could be to rewrite Benjamin Franklin’s Wiki entry to match what the firemen in Bradbury’s novel learn about the history of the fire department: “Established, 1790, to burn English-influenced books in the Colonies. First Fireman: Benjamin Franklin.” In his way, Bradbury predicted the rise of “alternative facts” and an era of “post-truth.”

As the virtual world becomes more dominant, owning books becomes an act of rebellion. When a printed book is in your possession, no one can track, alter or hack it.