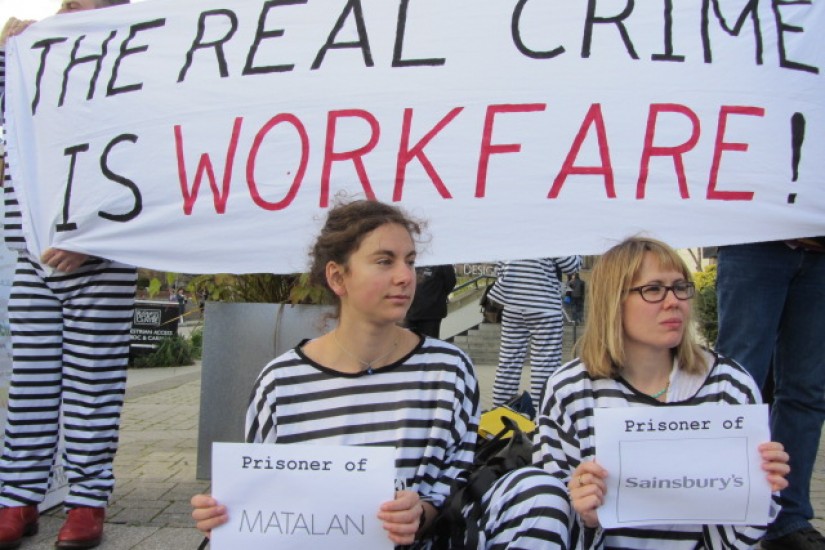 Liberals are outraged by moves at both the federal and state level to require people who receive public assistance — food stamps, housing aid, Medicaid and others — to work. But those who think that so-called workfare is a dangerous development peculiar to the present must reckon with the fact that such arrangements have long been the norm, not the exception, in the U.S.

Contemporary American attitudes toward welfare and work date back to medieval Britain, when Parliament first passed “Poor Laws” that punished beggars and sought to put them to work. By the 17th century, workhouses — where the poor would toil in exchange for basic subsistence — became increasingly common.

The rise of the workhouse reflected fears that poor relief could create a cycle of dependency and indolence. Forcing the poor to work would, in theory, instill habits of industry and self-discipline that would guarantee an escape from poverty. Unfortunately, no such thing happened: The numbers of the poor only multiplied amid the wrenching economic adjustments of the 17th and 18th centuries.

Nonetheless, many of the approaches to poverty that originated in Britain took root in the American colonies, persisting even after the United States became independent. In the 1820s, for example, several states began to study the problem of what was quaintly known as “pauperization” — the growing numbers of poor people who could no longer support themselves. Like their British counterparts, American officials became obsessed with the fear that the needy might become dependent on public assistance unless there was some goad to become self-sufficient.

In Massachusetts, state senator Josiah Quincy III wrote a famous report in 1821 that drew a sharp distinction between the “impotent poor” (people genuinely incapable of working) and the “able poor” (individuals who could work). Quincy argued that no-strings-attached benefits would end up “destroying the economical habits and eradicating the providence of the laboring class of society.”

Quincy argued for the creation of public institutions — workhouses or “houses of industry” — where “work is provided for every degree of ability in the pauper, and thus the able poor made to provide, partially at least, for their own support…”

Other states came to the same conclusion. For the remainder of the century, most states maintained workhouses. Their track record was dismal: Poorly run and often corrupt, they did not seem to have propelled people out of poverty.