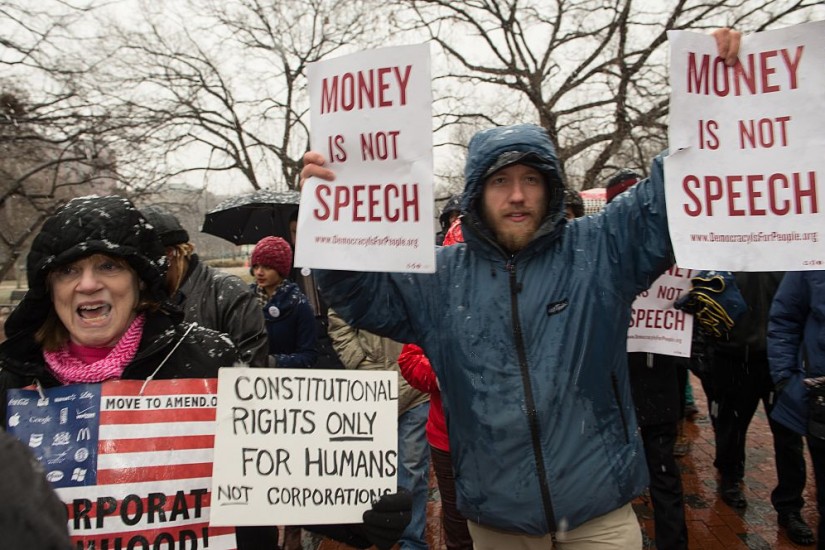 Perhaps the most important lesson of Winkler’s book is that we should have seen Citizens United coming. It did not spring, fully formed, from the head of Justice Anthony Kennedy, much less Zeus; it has deep roots in our nation’s constitutional and economic history. And its premises are not self-evidently wrong—unless you think the NAACP and The New York Times should not be entitled to First Amendment protection, or that restrictions on how much money people can spend on political books and newspapers do not affect their speech rights.

The real problem with Citizens United lies not in the Court’s recognition that limiting corporate spending on political speech raises First Amendment concerns, but rather in its overly narrow conception of the permissible justifications for such limits. To say that speech is protected does not mean that it can’t be regulated, but only that the government must have very important reasons for doing so. In 1990, the Supreme Court upheld the same law that it would eventually strike down in Citizens United. That decision, Austin v. Michigan Chamber of Commerce, recognized that a restriction on campaign spending raised First Amendment concerns, but held that the restriction was justified by the state’s interest in combating the distorting effects of corporate wealth on the electoral process. In Citizens United, the Court rejected this justification, overruled Austin, and held that the only acceptable rationale for limiting campaign spending is to counter bribery and its appearance. And because the Court had long held that “independent expenditures”—money spent to advocate a candidate’s election, but not in coordination with the candidate—were unlikely to lead to bribes, it struck down the limits on such expenditures by corporations.

To understand more precisely what is wrong with Citizens United is critical to any effort to reverse or modify the decision. Reflexive opposition to all constitutional protections for corporations fails to grapple with the many settings in which these rights are warranted. And government restrictions on how much one can spend on political speech do, in fact, limit one’s speech. The problem with Citizens United is more nuanced: Its failure is not in its protection of corporate rights or its view of money as speech, but in its inability to recognize a broader set of justifications for limiting the distorting effects of concentrated wealth. Winkler’s careful history will help us do a better job of getting it right about what Citizens United got wrong.

View on The Nation
View Connections