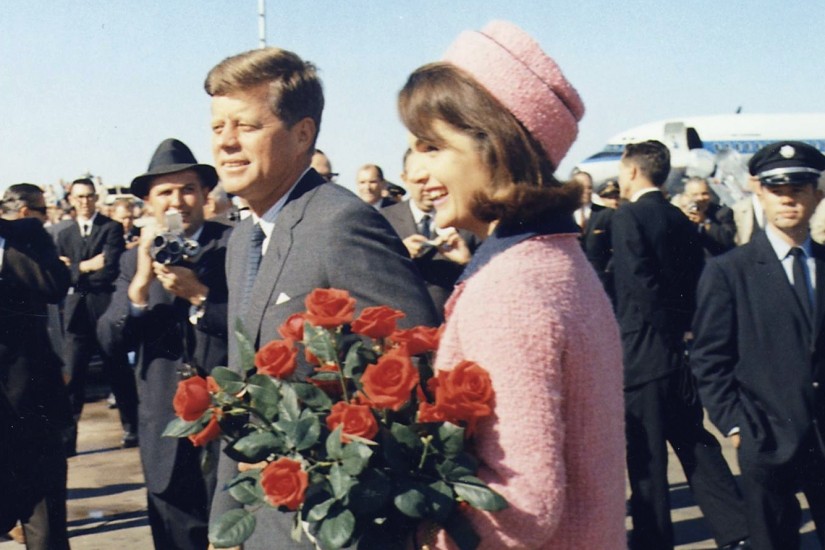 Many people fantasize about a valuable piece of history emerging unexpectedly out of a trunk. For Gil Wells, something like that happened in the summer of 2015.

His 79-year-old godmother, who had dementia, had been bringing photographs and papers out of her room to puzzle over since she moved into his home outside Richmond, Va., several months earlier. One day, she emerged with a plastic sleeve holding two small sheets of White House notepaper.
Mr. Wells pulled them out, turned one sheet over and stopped cold.

The handwriting was Jacqueline Kennedy’s, and the notes were a list she had drawn up before the fateful trip to Dallas in November 1963. Prepared for her personal assistant, Providencia Paredes, the document detailed Mrs. Kennedy’s hour-by-hour schedule alongside the clothes and accessories to be packed, including the now-iconic pink ensemble she was wearing when her husband was assassinated as well as carefully planned outfits for parts of the trip that never happened.

Mr. Wells formally deeded the notes to the United States government in March 2016. Since then, they have been housed at the John F. Kennedy Presidential Library and Museum in Boston: unnoticed, unpublicized — and perhaps off-limits.

After the donation, an archivist twice told Mr. Wells that Mrs. Kennedy’s notes could not be made public since her daughter, Caroline Kennedy, had not given permission. It was a condition that went unmentioned in his donor agreement, and one that didn’t sit well with him.

“I feel like I was bamboozled,” he said in January, after sending a scan of the packing list to The New York Times.

But after an inquiry from The Times, library officials said that the archivist had been mistaken, and that Mrs. Kennedy’s list was “slated to be opened ASAP.”

The confusion around the document reflects complicated questions of ownership and archival ethics, not to mention the tangled politics of presidential libraries, government-run institutions where the mission of preserving and presenting impartial history can collide with the legacy-burnishing agendas of family members, political loyalists and the private foundations that help pay the bills.