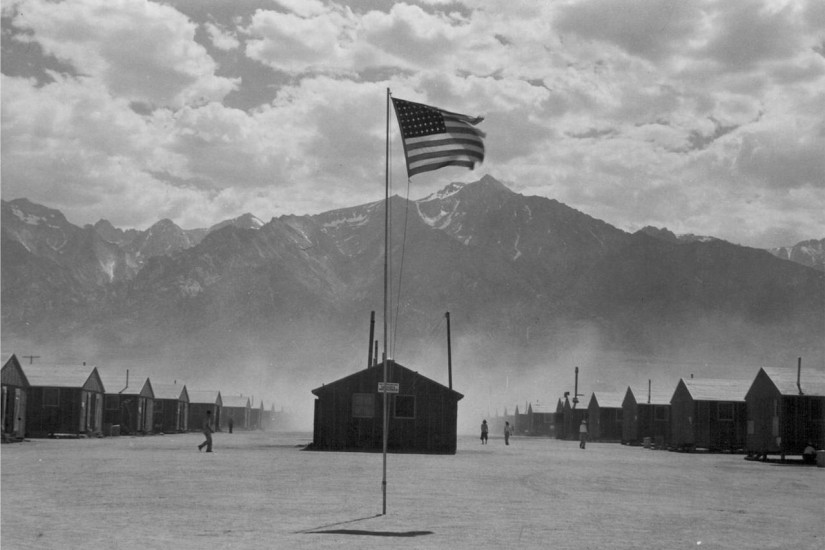 Every year, Mr. Okui, 86, visits Manzanar, where he and his family were imprisoned. His purpose is to remember — and to educate.

“We have to remember that the incarceration of over 120,000 Japanese-Americans without any due process of law began with an executive order, much like the ones that President Trump has been issuing,” said Al Muratsuchi, the State Assembly member who sponsored the bill.

Two of the 10 internment camps were in California: Tule Lake, the largest, and Manzanar, perhaps the most well known.

The Okui family was sent to Manzanar in 1942. He was 10 years old. They spent three and a half years behind barbed wire in the desert east of the Sierra Nevada mountains.

Manzanar is 200 miles north of Los Angeles. At its height, it held more than 10,000 men, women and children in flimsy barracks.

In April, Mr. Okui and 44 Los Angeles public school teachers boarded a bus to the desert.

Mr. Okui leads tours for civic and nonprofit groups. He has also worked with United Teachers Los Angeles, the city’s teachers’ union, for more than 30 years to lead a series of workshops that culminate in a pilgrimage to the site.

The goal of the workshops is to guide teachers on how to educate their students about Japanese internment.

“To join in with those who experienced that tragedy brings healing for them and hope for the future,” said Richard Katsuda, an activist and former teacher who helped lead the workshops.

“The only way to teach kids about this is to teach the teachers about what happened to us. I felt it was incumbent on me, and I’ll do it as long as I can,” said Mr. Okui, a retired social studies teacher.

“We had never come before, and I think as you grow older you want to know more about your past,” said Jessica Okui, 25. “It’s very special for us that our grandpa is the one leading the tour.