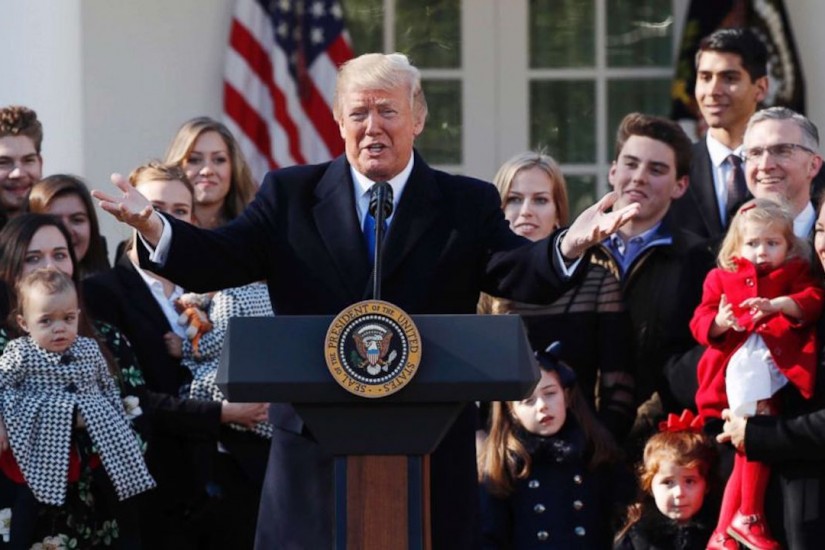 President Donald Trump addresses the January 2018 March for Life via satellite from the Rose Garden at the White House.
Shealah Craighead/The White House

The heartbreaking scenes on the southern border seem a world away from recent presidential pardons. Sobbing children and bereft parents have nothing in common with Joe Arpaio, Dinesh D’Souza and, most recently, the Oregon ranchers Dwight Hammond and his son, Steven, who had been convicted of arson in 2016 and whom President Trump pardoned on Tuesday. Yet both come down to a relationship between justice and mercy that has a long history — and a cautionary moral for the president.

Family separation shows justice without mercy. The pardon power displays mercy in the name of justice. The administration cites the biblical injunction to obey the powers that be as one explanation for their zero-tolerance policy on immigration. With regard to immigration, it seems, there can be no discretion. By contrast, presidential pardons show how extensive discretion can be, because the Constitution gives the president “power to grant reprieves and pardons for offences against the United States, except in case of impeachment.”

Most Enlightenment thinkers were uneasy about the pardoning power. The two greatest oracles for the Constitution’s framers, the French philosopher Montesquieu and the English lawyer William Blackstone, both attacked it. “Clemency is the characteristic of monarchs,” wrote Montesquieu, who thought it inappropriate in republics. Blackstone was adamant. “In democracies,” he thundered, “this power of pardon can never subsist.” Contemporary reformers like Cesare Beccaria and Jeremy Bentham were just as skeptical about pardons. So was Immanuel Kant, for whom it was one of the slipperiest rights of the sovereign, a majestic encouragement to injustice.

Eighteenth-century Europeans didn’t have to look far to find examples to prove their case. At his trial for treason in January 1649, King Charles I of England had denied the authority of the court set up by Parliament on the grounds that “no earthly power can justly call me (who am your King) in question as a delinquent.” Yet the court insisted on its authority to try him and he was convicted of “a wicked design to erect and uphold in himself an unlimited and tyrannical power to rule according to his will.” In the later 17th century, Parliament proceeded to crimp the royal prerogative until little residue of an absolute monarch’s godlike capacity remained in the hands of George III