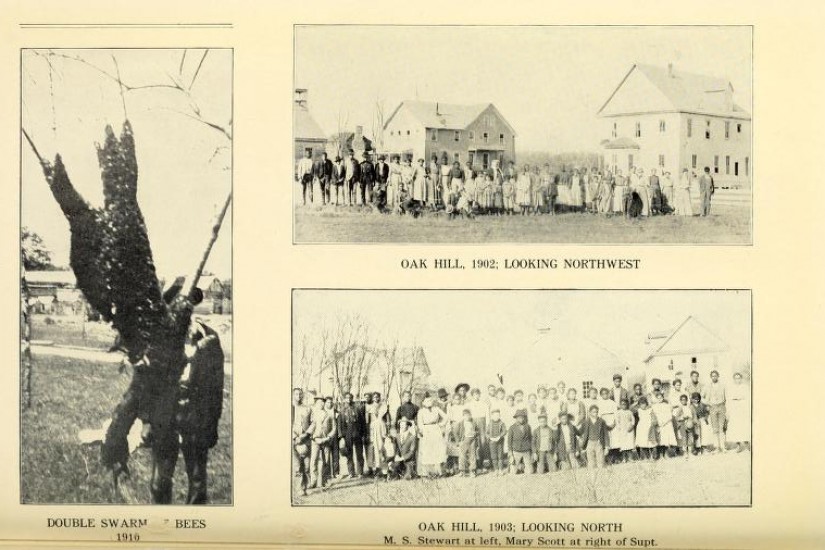 The state looms large in Indigenous histories, too, but in a different way and from a much earlier time. The founders stipulated that the federal government, rather than state legislatures, possessed authority over Indian affairs.28 From Indigenous vantage points, the federal government was ballooning and extending its power throughout the nineteenth century. The Office of Indian Affairs (OIA; later renamed the Bureau of Indian Affairs, or BIA) already served as a kind of welfare state to Indigenous peoples beginning in the second half of the nineteenth century, as it dispensed rations (as a key provision of treaty agreements), erected day schools, and sent matrons and farmers, and later public health nurses and social workers, to reservations.29 Race also figures prominently in Indigenous histories, but in ways quite different than in African American history. Settler colonial racial ideologies regarding “miscegenation” rested on a belief that racial mixing would result in the gradual disappearance of Indigenous peoples. By contrast the “one-drop” rule for African Americans meant that there would always be a supply of racialized cheap labor.30 And what constituted a means to overcome racial discrimination and inequality for African Americans—education—became a tool of empire that the government used against Indigenous peoples.31

How might it change our overall narratives if we try to “see like a (settler colonial) state” that was compelled by the racial logic of elimination?32 What if we saw liberalism and conservatism not as two diametrically opposed forces but as two rival visions for settler state making: one bent on achieving Indigenous elimination through the invisible hand of the market, the other through the outstretched benevolent hand of the welfare state? The settler state, in either version, continues to view Indigenous peoples as a “problem,” because they often live within the poorest communities in the nation and represent an anomaly within the federalist system—a “third space” of sovereignty, in the words of Kevin Bruyneel.33 Conservatives continually argue for privatizing Indigenous assets, a step supported by terminationists in the 1950s and libertarians today.34 Liberals favor a more gentle, but no less eliminationist, approach, through the extension of equal rights. If we add a third Indigenous dimension to the conventional face-off between conservatives and liberals, we end up with a more multifaceted understanding of the state in twentieth-century U.S. history. This approach—seeing like a settler colonial state—complements and extends some of the recent critiques within American political history.