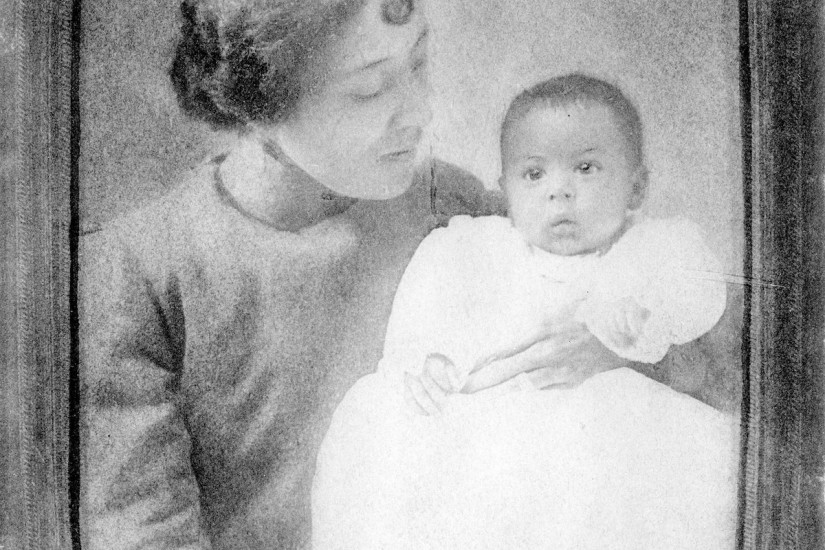 Langston Hughes as a baby, with his mother, Carrie.
Beinecke Rare Book and Manuscript Library/Yale University

Few poets can claim a final resting place as, well, poetic as Langston Hughes. His ashes are buried under the floor of the lobby of the New York Public Library’s Schomburg Center for Research in Black Culture, beneath a mosaic cosmogram that includes lines from his classic poem “The Negro Speaks of Rivers.”

Hughes, a leading light of the Harlem Renaissance whose work aimed to capture the whole of the African-American experience, was only 18 when he wrote that poem.

Recently, a writer’s casual online search for one of his own ancestors accidentally led to a wealth of unknown documentation of Hughes’s early life, including evidence of a different birth year.
Here’s a look at one example of how digitized newspaper databases are throwing open new doors of discovery — and at what difference that year might actually make.

Late one night, on the internet…

“The date of his birth he would take on faith,” the scholar Arnold Rampersad wrote in his landmark 1986 biography, since Missouri law at the time did not require that births be recorded. It’s also the date given on the cosmogram at the Schomburg Center.

But one evening earlier this summer, Eric McHenry, a poet who teaches at Washburn University in Topeka, Kan., stumbled on evidence that the birth year was wrong.

Mr. McHenry was having dinner with a fellow poet who also grew up in Topeka. Both had ancestors who had been active in populist state politics in the late 19th century, and they wondered if the two men had known each other.