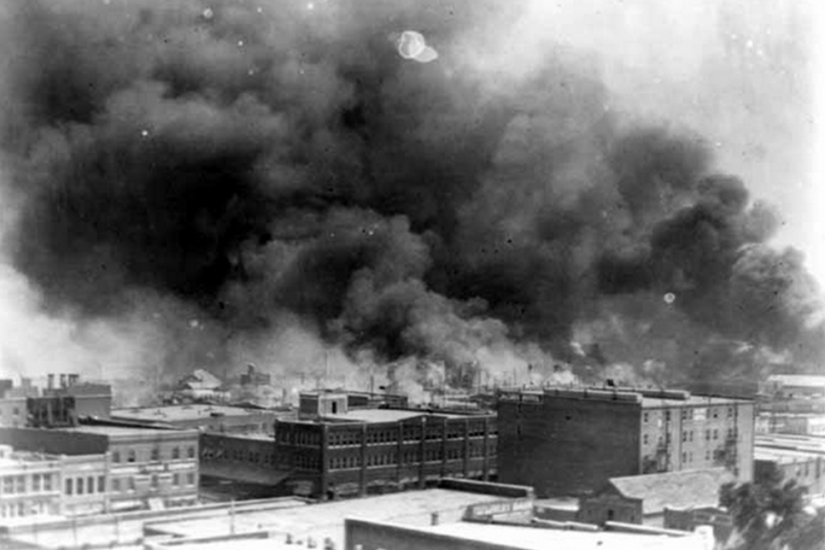 A white mob rampaged through a wealthy black business district in Tulsa, Okla., in 1921, in a spate of violence that destroyed more than 1,200 homes and left up to 300 people dead.

Now, the city’s mayor has renewed efforts to locate possible mass grave sites where victims may have been buried, seeking to further unravel the history of the mob attack and provide long-sought closure for victims and their families.

“It’s one of the defining events for our city,” Mayor G. T. Bynum said in an interview Wednesday. “We as a city continue to grapple with not just the event itself, but also racial reconciliation in the aftermath of it. We can’t hope to reconcile as a city if we’re not committed to doing everything we need to do to fully understand what happened in 1921.”

The mob attack in Tulsa has been called one of the worst instances of racial violence in American history, yet for decades, memories of the vicious event were suppressed — it was rarely mentioned in history books, taught in classrooms or discussed publicly.

While there has been a slow public acknowledgment by city and state officials in recent years, spurred by a state commission’s detailed, 200-page report in 2001, questions about exactly what happened to the bodies of the victims have remained unanswered.

Those questions take on a particular significance in Tulsa, which still struggles with racial disparities. The northern part of the city, including the Greenwood District, the neighborhood where the mob attack took place, remains predominantly black, said Mechelle Brown, a program coordinator at the Greenwood Cultural Center. The center is dedicated to providing history about the attack and its impact on the community, and Ms. Brown lives in the area and gives tours of the district.

Mr. Bynum, who was sworn in as mayor in 2016, said the life expectancy for a child growing up in the Greenwood District area is 11 years shorter than in the other parts of the city.

The mob killings themselves have left a scar, Ms. Brown said. She said the center was working with Northeastern State University, which has a campus nearby in Broken Arrow, Okla., on a “historical trauma” study, to be completed next year. It will gauge the levels of anger, resentment and fear that linger from the 1921 event and its aftermath.