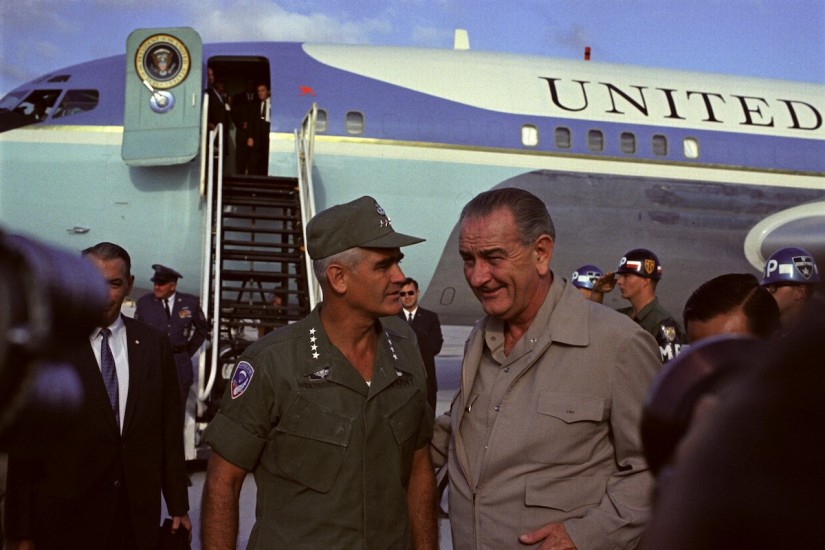 In one of the darkest moments of the Vietnam War, the top American military commander in Saigon activated a plan in 1968 to move nuclear weapons to South Vietnam until he was overruled by President Lyndon B. Johnson, according to recently declassified documents cited in a new history of wartime presidential decisions.

The documents reveal a long-secret set of preparations by the commander, Gen. William C. Westmoreland, to have nuclear weapons at hand should American forces find themselves on the brink of defeat at Khe Sanh, one of the fiercest battles of the war.

With the approval of the American commander in the Pacific, General Westmoreland had put together a secret operation, code-named Fracture Jaw, that included moving nuclear weapons into South Vietnam so that they could be used on short notice against North Vietnamese troops.

The president rejected the plan, and ordered a turnaround, according to Tom Johnson, then a young special assistant to the president and note-taker at the meetings on the issue, which were held in the family dining room on the second floor of the White House.

“When he learned that the planning had been set in motion, he was extraordinarily upset and forcefully sent word through Rostow, and I think directly to Westmoreland, to shut it down,” Mr. Johnson said in an interview.

He said the president’s fear was “a wider war” in which the Chinese would enter the fray, as they had in Korea in 1950.

“Johnson never fully trusted his generals,” said Mr. Johnson, who is of no relation to the president. “He had great admiration for General Westmoreland, but he didn’t want his generals to run the war.”

Had the weapons been used, it would have added to the horrors of one of the most tumultuous and violent years in modern American history. Johnson announced weeks later that he would not run for re-election. The Rev. Dr. Martin Luther King Jr. and Robert F. Kennedy were assassinated shortly thereafter.