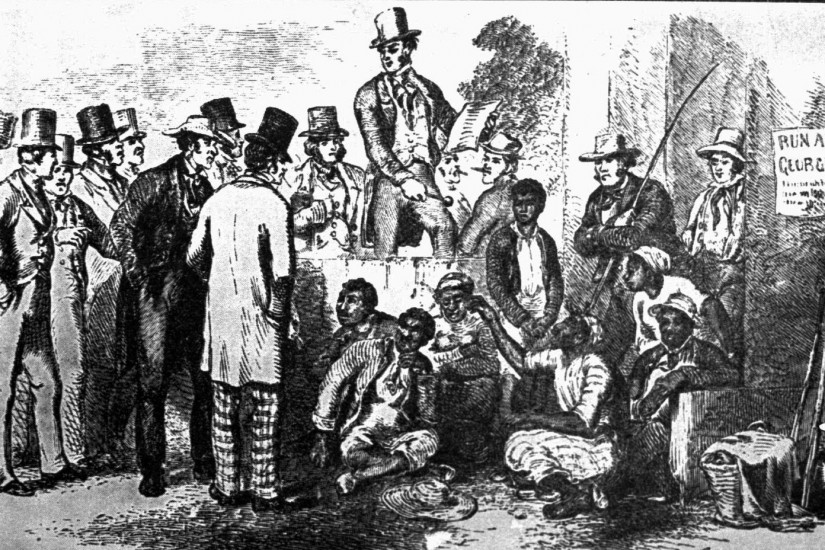 Sometimes in plain view and often just beneath the surface, slavery rests uncomfortably in the middle of national debates about monuments, white nationalism, kneeling athletes, Donald Trump’s election, policing, immigrant family separation, racial wealth disparities and so on. Its meaning and legacy are, in many ways, as fiercely contested today as was the case when the framers first debated how to make America great.

Wading into one of these debates, Sean Wilentz, the esteemed Princeton historian and author of a new book, “No Property in Man: Slavery and Antislavery at the Nation’s Founding,” provoked a storm of controversy three years ago when he wrote in this newspaper that it was a “myth” that the United States “was founded on racial slavery.” He was responding to a statement made by Bernie Sanders, who said the country was “created, and I’m sorry to have to say this, from way back, on racist principles.” Wilentz described such thinking as one of “the most destructive falsehoods in all of American history.”

Wilentz’s words, at the time, struck a discordant note to the ears of many. Not only were activists on the left pushing for greater recognition of America’s racist past, but a spate of recent books had been published with new evidence of slavery’s indispensable role in the development of capitalism. From the very beginning, slavery was not a “Southern pathology” but an essential part of a modernizing, global economy, wrote Sven Beckert, the Harvard historian and author of “Empire of Cotton: A Global History.” “Slave plantations, not railroads, were in fact America’s first ‘big business.’”

So what is the falsehood? What does Wilentz know that others have gotten so terribly wrong about the founding connection between slavery and racism? In his revealing and passionately argued book, he insists that because the framers did not sanction slavery as a matter of principle, the antislavery legacy of the Constitution has been “slighted” and “misconstrued” for over 200 years. “Although the framers agreed to compromises over slavery that blunted antislavery hopes and augmented the slaveholders’ power,” Wilentz writes, “they also deliberately excluded any validation of property in man.”

To put it simply, the Constitution, as ratified in 1788, was less racist and pro-slavery than many have thought. The nation’s founding document contained a fundamental antislavery ideal built into it. Enslaved people were defined legally as “persons” and not property.