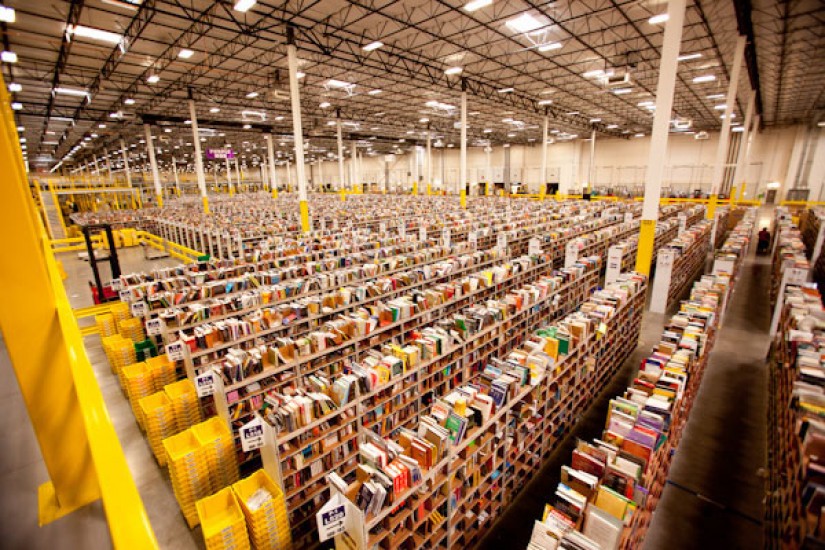 Half a century ago, a typical Sears salesman could walk out of the store at retirement with a nest egg worth well over a million in today’s dollars, feathered with company stock. A warehouse worker hired now at Amazon who stays until retirement would leave with a fraction of that.

Much as Sears has declined in the intervening decades, so has the willingness of corporate America to share the rewards of success. Shareholders now come first and employees have been pushed to the back of the line.

This shift is broader than a single company’s culture, reflecting deep changes in how business is now conducted in America. Winner-take-some has evolved into winner-take-most or -all, and in many cases publicly traded companies are concentrating wealth, not spreading it. Profit-sharing and pensions are a rarity among the rank-and-file, while top executives take home an increasing share of the spoils.

Amazon shareholders have benefited more than workers, but Sears, in its heyday, tried to serve both.

The company earmarked 10 percent of pretax earnings for a retirement plan for full-time employees and by the 1950s, the workers owned a quarter of Sears. By contrast, one man at Amazon, the founder and chief executive Jeff Bezos, owns 16 percent of the company and is ranked as the world’s richest person.

Amazon, which changed how Americans shop much as Sears did in its prime, does not disclose what percentage of its stock is owned by employees.

But this month, Amazon stopped giving stock to hundreds of thousands of employees, even as it lifted its minimum hourly wage to $15. While the raise garnered headlines, the move to curb stock awards may ultimately be more significant.

Not only does it reverse what had been an unusually broad employee stock ownership program, Amazon’s decision underscores how lower-paid employees across corporate America have been locked out of profit-sharing and stock grants.

“What’s happened is that shareholders’ interests have squeezed out other stakeholders,” said Arthur C. Martinez, who ran Sears during the 1990s and was credited with a turnaround. “The mantra is shareholders above all else.”

Decades ago, he said, “the people who produced or sold the product were more central than the people in the corporate suite. There was a different mind-set and it’s linked to the larger issue of income inequality.”