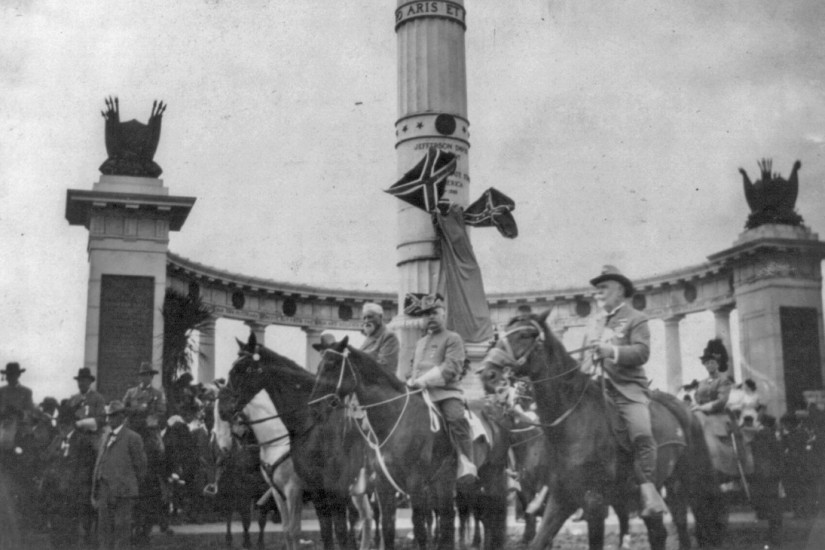 The United States is beginning to realize that it suffers from deferred maintenance of its own history. Here in Virginia, the city of Charlottesville is preparing to remove and sell its statue of the Confederate general Robert E. Lee. New Orleans is already removing its Confederate statues and “monuments” honoring post-Civil War white supremacists.

Perhaps the most emblematic complex of structures honoring those who fought for the Confederacy is here in Richmond, its former capital. In the decades following “the night they drove old Dixie down” the city’s business and housing was rebuilt step by step.

The early 20th century saw a broad row of grand patrician homes going up on Monument Avenue. The avenue is punctuated by equestrian statues of Confederate heroes — Lee, Jeb Stuart, Stonewall Jackson — and a semicircular shrine with an outsize column glorifying the Confederate president, Jefferson Davis, the seceding states and the deceptive doctrine of “sovereign states” deployed to defend slavery. They were erected 35 to 50 years after the war. Records show that they were meant to legitimize and dignify the white supremacist regime that had taken hold in Virginia.

The debate around these monuments — Should they be destroyed, maintained or removed elsewhere? — has been heated and, I believe, misguided. We should be asking other questions instead: Are these statues really “monuments” by our present standards? Or are they rather “memorials”? Are we misled by the avenue’s name? Do we need to rename the avenue itself as we attempt to remedy our deferred maintenance of history?