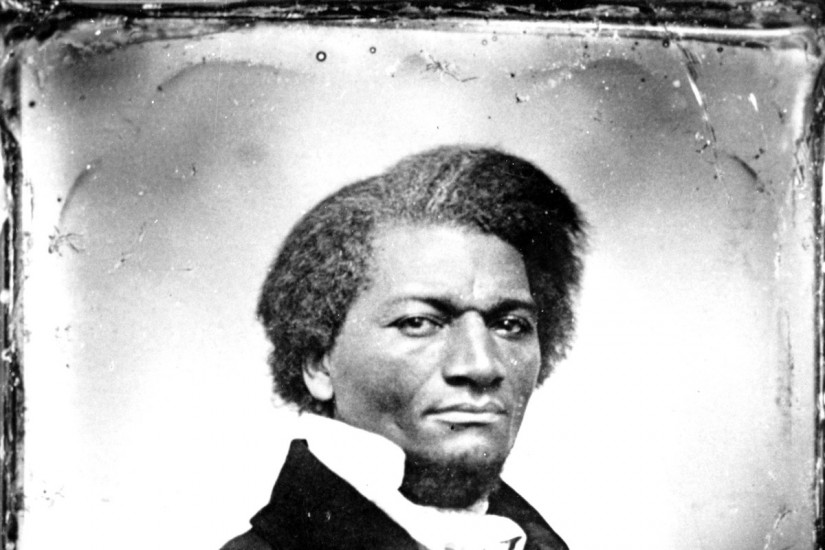 As Johnson and the radical Republicans locked horns over fundamentally different visions of Reconstruction in the winter of 1866, Douglass led a delegation of 12 black leaders to the White House. Hoping for an honest hearing of their hopes and grievances, they received a barrage of vitriol from an angry racist who hoped to thwart any revision of the Constitution that would guarantee rights for blacks. Johnson and his anxious conservative followers desired an America that was largely pre-1861, a society many Northerners believed had been buried by the sacrifices at Antietam, Fort Wagner and Gettysburg.

Douglass led off the encounter by respectfully informing the president that they had come to ask for “equality before the law,” and to be “fully enfranchised throughout the land.” “Extend us the ballot,” Douglass pleaded, “with which to save ourselves.”

Johnson interrupted and for the next 40 minutes harangued and insulted his guests. He was willing to be their “Moses,” he declared. His “feelings” had always been with blacks. “I have owned slaves, and bought slaves, but I never sold one,” he assured the delegation. He did not like being “arraigned” by one — Douglass — “who could get up handsomely rounded periods and deal in rhetoric.” If his guests pursued their goals of equality it would cause “race war,” and he insisted that the only good solution was for blacks to leave the country. As Douglass looked at him in disgust, Johnson asserted that in his relationship with blacks, “I have been their slave instead of their being mine.”

Johnson then made a fierce defense of states’ rights. The federal government could not force a state to follow its dictates, the president claimed. The “law” and majorities must be obeyed. As if he had not offended Douglass and his colleagues enough, Johnson then maintained that the truest victim of slavery and the war was the poor, non-slaveholding Southern white: “The colored man and his master combined to keep him in slavery.”

As this disastrous meeting came to an end, Douglass did manage one direct claim to Johnson’s face. “The very thing Your Excellency would avoid” — a race war — “in the Southern states can only be avoided by the very measure that we propose,” i.e., black suffrage, Douglass said. As the delegation walked out, the president was overheard saying: “Those damned sons of bitches thought they had me in a trap. I know that damned Douglass; he’s just like any nigger, and would sooner cut a white man’s throat than not.”

In the wake of this worst-ever meeting between black leaders and an American president, Douglass did what he so frequently did in the middle of crises — he went to his desk, wrote a remarkable speech and took it out on the road.