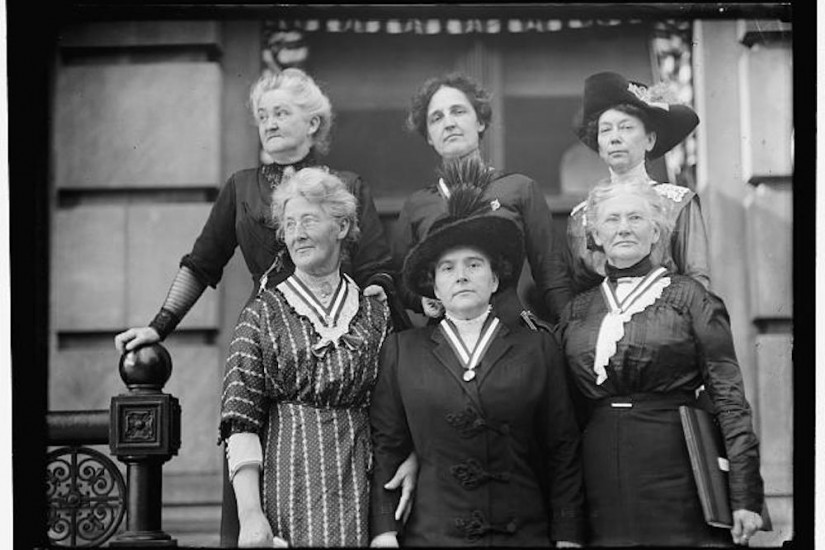 Members of the United Daughters of the Confederacy (1912).
Library of Congress

In 1926, the United Daughters of the Confederacy erected a monument to the Ku Klux Klan in a town just outside Charlotte, North Carolina. Though the marker itself seems to have been lost to time—or more precisely, to the urbanization and shrubbery that has sprouted around it—proof of its existence endures thanks to the UDC’s own meticulous record-keeping. In 1941, a local division of the group published North Carolina's Confederate Monuments and Memorials, a book that handily compiles various tributes to the Confederacy from around the state, many of them the UDC’s own handiwork. Writer James Huffman got his hands on a first pressing, in which he noted the monument’s inscription:

“In commemoration of the ‘Ku Klux Klan’ during the Reconstruction period following the ‘War Between the States,’ this marker is placed on their assembly ground. Erected by the Dodson-Ramseur chapter of the United Daughters of the Confederacy. 1926.”

Since the UDC’s founding in 1894, the elite white Southern ladies’ group has dedicated itself to erecting Confederate monuments around the country and, in more recent years, quietly ensuring those markers remain standing. They have been the single most effective propagandists for the Lost Cause myth, an alternative-fact-ridden version of history that denies slavery as the central cause of the Civil War while also insisting that slavery was a mutually beneficial institution—a win-win for both enslavers and the enslaved. UDC textbooks have taught generations of Southern children that the Confederacy—a nation whose founders were unequivocal about its cornerstone being white superiority and black enslavement—was a valiant and valorous cause.

Despite its influence, the UDC is rarely name-checked in national discussions about Confederate monuments overtly celebrating white supremacy. And the group remains active, with its national conference—an explosion of antebellum dresses and nostalgia for slavery—happening this weekend in Virginia.

It’s time they were given the credit they deserve.

“Their name is on all their monuments, but maybe because those plaques are rusty and faded people don’t realize the UDC is still a functioning organization,” says Heather Redding, an organizer with Hillsborough Progressives Taking Action, a North Carolina chapter of Indivisible. For the past two years, HPTA and other local anti-racist organizations have protested the North Carolina UDC chapter’s annual gathering in Durham.

“They meet regularly, they collect dues, they give scholarships, and they're a nonprofit that gets tax breaks,” says Redding. “Basically, they're white supremacists hiding in plain sight.[”]