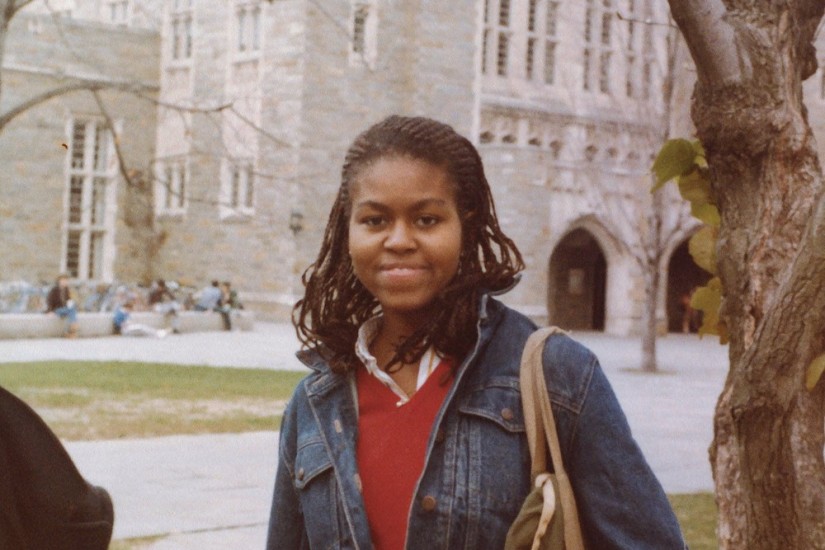 In finally telling her story, Obama is doing several things with this book. She is taking the country by the hand on an intimate tour of everyday African-American life and ambition, while recounting her rise from modest origins to the closest this country has to nobility. She’s meditating on the tensions women face in a world that speaks of gender equality but in which women still bear the greater burdens of balancing career and family, even with a forward-thinking husband like Barack Obama. And she is reminding readers that African-Americans, like any other group, experience the heartbreak of infertility, as she describes the challenges she and her husband confronted in order to become parents. The book is a Chicago coming-of-age story; a love story of a pair of opposites; and a political saga by a woman who was skeptical, if not outright disdainful, of politics, who tried to apply the brakes where she could, and who ultimately transcended her worries to become one of the most popular first ladies in history. As a measure of the public’s adoration, her memoir sold more than 1.4 million copies in its first week and quickly became the best-selling book of the year.

“Becoming” is refined and forthright, gracefully written and at times laugh-out-loud funny, with a humbler tone and less name-dropping than might be expected of one who is on chatting terms with the queen of England. One of Obama’s strengths is her ability to look back not from the high perch of celebrity or with the inevitability of hindsight but with the anxieties of the uncertain. She writes in the moment, as she saw and felt and discovered — as events were occurring. Even though we all know that she and Barack Obama end up getting married and having two kids, that he wins the 2008 Iowa caucuses and that they make it to the White House, she never takes any of it for granted. On the contrary, her tone is one of wonderment as to how this all happened. This gives the book’s first half, in particular, covering the part of her life we know least about, an unexpected suspense. She writes in the confident cadence we have come to recognize from her campaign speeches, looking back at her youth from within the aspiring heart of a daughter of South Side Chicago. Over and over, from high school to the White House, she asks, “Am I good enough?”