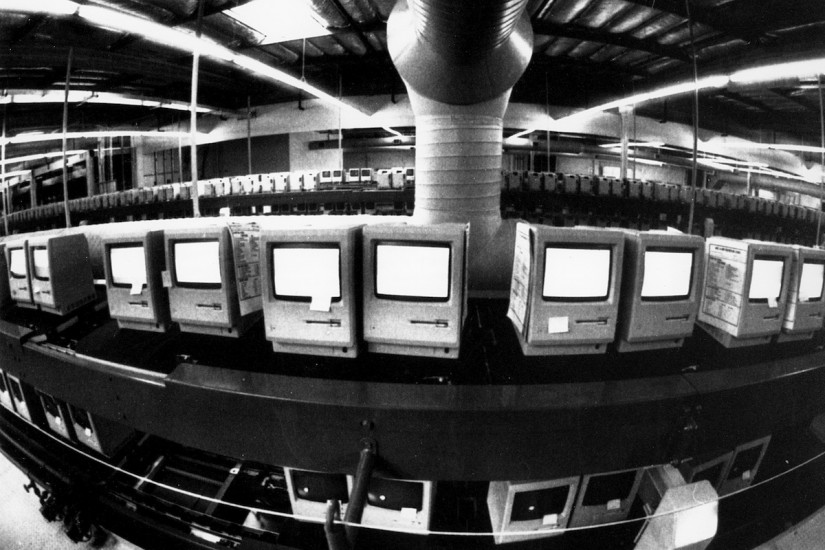 After Apple announced a large new campus in Austin, Tex. — creating as many as 15,000 jobs, none of them expected to be manufacturing — it’s worth looking at the company’s flirtation with advanced manufacturing in Silicon Valley in the 1980s. Apple’s co-founder, Steve Jobs, had an abiding fascination with the tradition of Henry Ford and the original mass manufacturing of automobiles in Detroit, as well as the high-quality domestic manufacturing capabilities of Japanese companies like Sony. But his efforts to replicate either in California were examples of his rare failures.


In 1983, Mr. Jobs oversaw the construction of a state-of-the-art plant where the new Macintosh computer would be built. Reporters who toured it early on were told that the plant, located just across San Francisco Bay from Apple’s headquarters, was so advanced that factory labor would account for 2 percent of the cost of making a Macintosh.

“Steve had deep convictions about Japanese manufacturing processes,” recalled Randy Battat, who joined Apple as a young electrical engineer and oversaw the introduction of some of the company’s early portable computers. “The Japanese were heralded as wizards of manufacturing. The idea was to create a factory with just-in-time delivery of zero-defect parts. It wasn’t great for business.”

What Mr. Gassée found several years after Mr. Jobs was forced out of the company, was that the reality of manufacturing was different than the personal computer pioneer’s original dream.

“I embarrassed myself attaching a display to the computer bezel with a screwdriver,” Mr. Gassée recalled in a recent interview. At the end of his shift, Mr. Gassée grabbed a broom and swept up the parts that had fallen off the production line. “It was really shameful,” he said of the noticeably slipshod process.

Ultimately, the Macintosh factory closed in 1992, in part because it never realized the production volume that Mr. Jobs had envisioned — such sales numbers for the Mac would only come later.
So, the story of Silicon Valley’s success turned out to be the ability of a company like Apple to devise manufacturing supply chains that stretch all the way around the globe, taking advantage of both low-cost labor and lax environmental regulations.

“We don’t have a manufacturing culture,” Mr. Gassée said of the nation’s high-technology heartland, “meaning the substrate, the schooling, the apprentices, the subcontractors.”

It took Mr. Jobs a bit longer to grasp that idea, however.