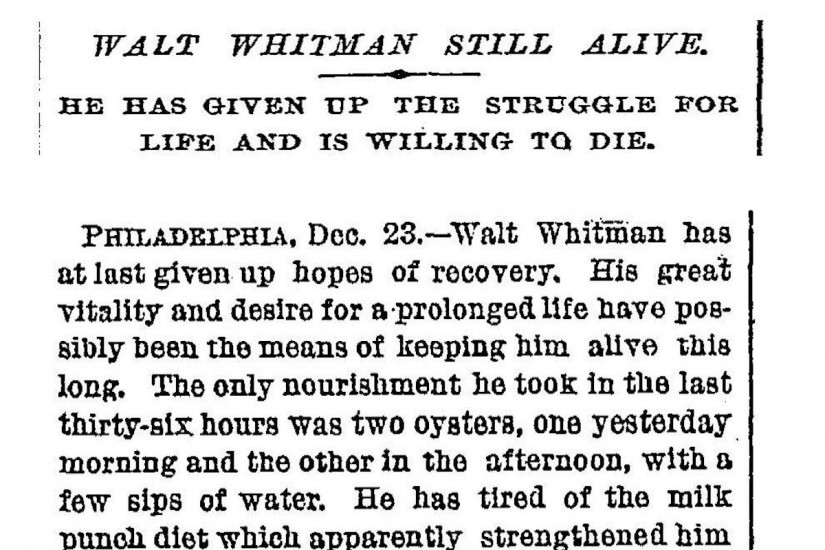 By the 1890s, Whitman was so cherished a cultural figure that newspapers constantly reported on many aspects of his life: birthday parties, literary friendships, his health (one story from 1890 was headlined “Walt Whitman Has a Bad Cold”). In those days, of course, people — particularly elderly people — often died from minor illnesses, so such a story was not unusual.

Neither was the one which appeared on Dec. 18, 1891, called “The Sick Among Us,” a roundup of ailing elder statesmen. The paper noted that the 72-year-old Whitman had “taken a chill” and was “quite feeble.” From that point on, no detail about his final illness was too small to cover: how many sips of milk punch he drank or pieces of toast he managed to consume, whether he had the strength to sit up in bed, what he said to his doctor. 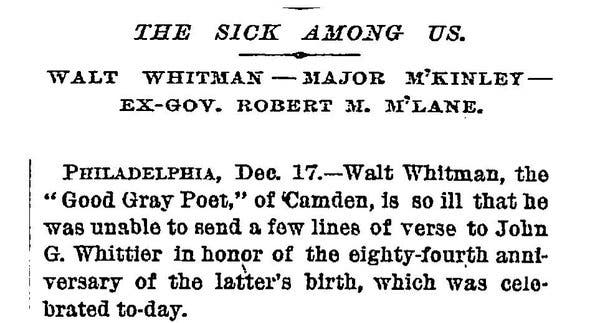 The next article appeared on Dec. 21, 1891, and sounded quite foreboding: “The days of the ‘Good Gray Poet’ are numbered. He may die within 48 hours.” 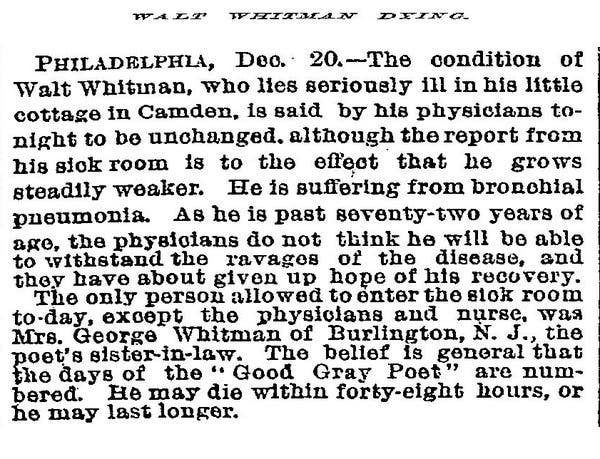 The day after that, the news was no better. “Not even his brother, who called at the house today, was allowed to see him. His presence at the house was announced to ‘Walt,’ who sent down his love.”

On Dec. 23, Whitman’s physician told The Times that his patient “might possibly last for several days” more.