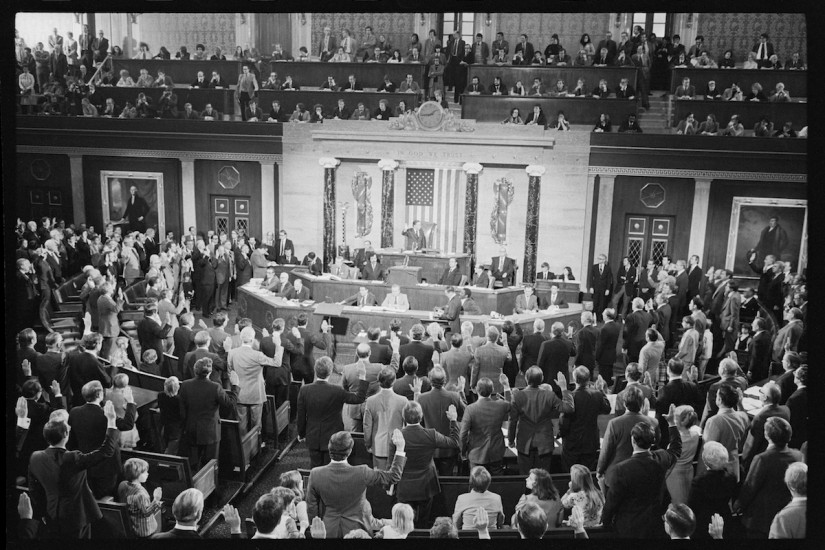 The new Congress of 2019 brings the largest shift in favor of Democrats in the House, at 40 seats, since Watergate. The congressional class of 1974 had a few other things in common with the new members elected in 2018. Just as this one brings 26 millennials to Congress, 1974 brought another generation into American politics, the baby boomers, along with a mandate to rein in what had become an “imperial presidency,” though the president who inspired that concern had already been airlifted from the White House lawn. They came ready not just to legislate but also to use Congress’s oversight powers and reform the institution.

That long-ago wave holds some lessons for the new Congress, particularly the focus on reform. But above all, the newly elected members from both parties should pay attention to the way those 1970s members saw their jobs and their relationship to constituents.

Many of the 1974 class had caught incumbents napping, disconnected from their districts, invisible to voters. The new members worked tirelessly to build a connection to the people, institutions and particular needs of the places they would represent. And after they won, they didn’t stop, investing in constituent service, district offices, caseworkers and a high profile at home.

While older members of Congress in the 1970s followed the rule of the former House speaker Sam Rayburn of Texas to “go along to get along,” many of the newcomers were impatient policy entrepreneurs, developing quick expertise on issues important to them or their districts and pushing Congress to let their ideas onto the agenda by forcing the all-powerful Rules Committee to let them offer amendments. They soon booted a few of the old Southern Democratic committee chairmen. Like many of this week’s new members, they represented suburban districts that could go for either party, and only by developing strong local ties could they hold onto their seats through the waves that elected Ronald Reagan just six years later.

The politicians defeated or superseded by the 1974 wave had lost touch with their constituents because individual members of Congress didn’t matter that much. Power came only with seniority. Rank-and-file members didn’t have much to do and didn’t have to do much.

In 2018, members lost touch for a very different reason: They had grown complacent that they could count on waves of ideology and negative partisanship to carry them through yet another election, the fifth for those first elected in the 2010 wave. They campaigned in broad strokes on national issues such as immigration and the refugee caravan.