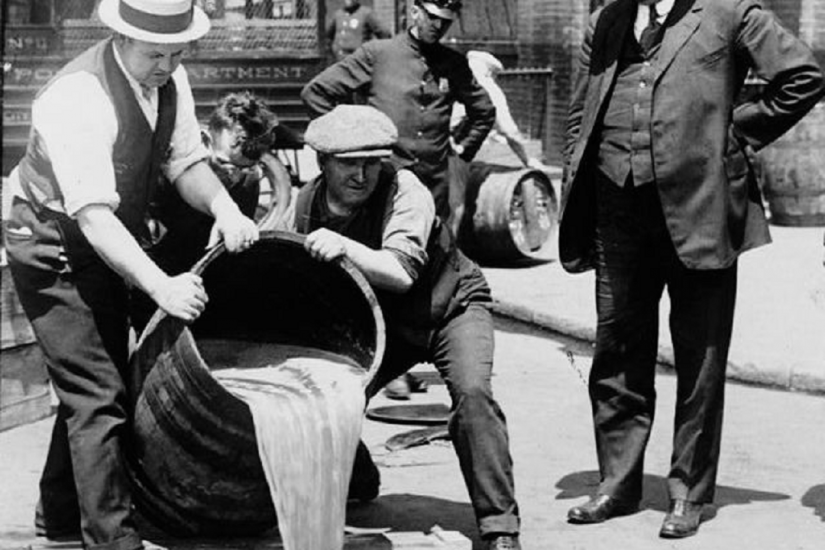 Prohibition looms large in the national imagination even today as the era of gangsters and gin joints. Less often do we reflect on what motivated the country to adopt it and maintain it for 14 years. While the country faced a real problem of excessive drinking, powerful anti-immigrant hostility is what drove this monumental act of constitutional overreach.

Today, as we find ourselves in the midst of another fight over immigration, it is worth revisiting the role that nativism played in driving, and later enforcing, Prohibition. The consequences of that battle reverberated for decades to come. It sparked a vast expansion of the repressive capacities of the federal government and a rise of right-wing extremism, led by a revived Ku Klux Klan. It also forged a new political coalition that would bring ethnic working-class voters into the Democratic Party, where they would remain for much of the century.

Temperance and Prohibition had been popular causes throughout the 19th century, but supporters didn’t reach a critical mass until the era of mass immigration at the turn of the century. With more than a million men and women coming to the United States in 1907 alone, anti-liquor crusaders railed against a “foreign invasion of undeveloped races.” The boisterous drinking culture of the ubiquitous working-class saloon, dominated by immigrant men, seemed to make manifest the dangers mass immigration posed to a white native Protestant American way of life.
During World War I, the Anti-Saloon League, the self-declared Protestant Church in action, fanned nativist flames: With the large brewing companies in the hands of German immigrants, the league declared the abolition of “the un-American,” “home wrecking, treasonable liquor traffic” the most patriotic act. Congress concurred, sending the 18th Amendment to the states on Dec. 22, 1917.

Ratification sped through the states in record time, stunning its ecstatic supporters: “The rain of tears is over. … Hell will be forever for rent,” the flamboyant evangelical preacher Billy Sunday proclaimed. The Women’s Christian Temperance Union, the powerful grass-roots female reform organization at the core of the anti-liquor crusade, raised an American flag at its campaign headquarters in Evanston, Ill. Church bells rang at many Protestant churches in celebration of “Uncle Sam’s knockout blow … that set John Barleycorn and all his cohorts to the mat.”

The utopian hopes of Billy Sunday and his ilk that the 18th Amendment would turn “our prisons into factories” quickly evaporated. The vast and powerful federal agencies in charge of policing Prohibition as of January, 1920, along with state and local enforcement, overcrowded court dockets, changed legal doctrine and flooded prisons, but they did little to meet Prohibitionists’ almost impossible ambitions.