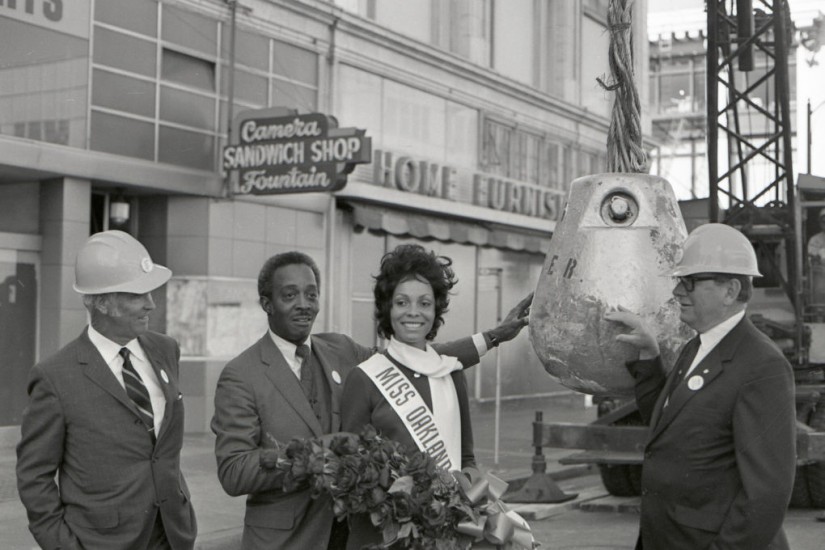 Urban renewal has become synonymous with racist zoning and lending practices of the sort that Oakland witnessed, and which, nationwide, led to white flight and targeted inner-city communities that remained economically weak and politically disenfranchised despite the country’s postwar boom. Perhaps it is this ugly history that has prevented Williams’s name and legacy from carrying forward into the 21st century. We have inherited a polarized historical narrative that pits heartless redevelopment agencies against the helpless residents of the communities they destroyed. But Williams’s efforts as director of ORA — and the copious documentation his administration left behind — give us an opportunity to complicate that story.

With his fine-art training, Williams invested heavily in the power of images to communicate with city residents regarding the treatment of dilapidated buildings and the status of neighborhood development projects. His staff included full-time photographers and a graphic designer, who worked in tandem to document neighborhoods designated as “in decay,” and to present those communities with visual materials — brochures, pamphlets, models, and traveling displays — that explicated and promoted relocation and redevelopment programs.

The Acorn and Oak Center projects were not ORA’s only large-scale undertakings during Williams’s tenure. Entire blocks in downtown Oakland were demolished and rebuilt; residential hotels in Chinatown were rehabilitated; Laney College was erected; and swathes of West Oakland beyond Acorn were torn down to make way for industrial buildings, highways, a U.S. Post Office processing center, and the lines and stations of the new BART. All these changes were diligently documented by William’s staff, resulting in a photographic archive of about 30,000 images that depict Oakland before, during, and after its most intense period of transformation. Even after Williams’s death, the agency maintained a staff photographer to catalogue ongoing projects. It wasn’t until 2012, when Governor Jerry Brown dissolved the redevelopment agencies statewide, that the documentation ceased.