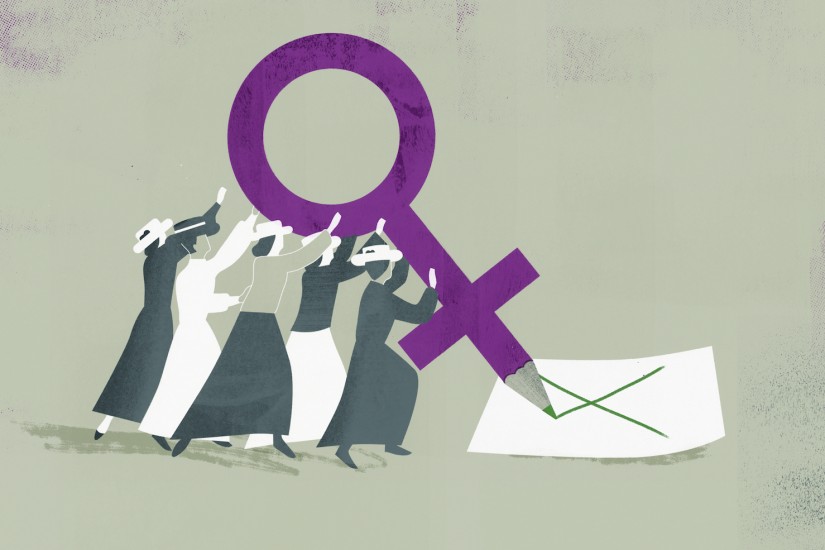 Americans are being forced to choose between a cherished lie and a disconcerting truth as they prepare to celebrate the centennial of the 19th Amendment in 2020. The lie holds that the amendment ended a century-long struggle by guaranteeing women the right to vote. The truth is that it barred states from denying voting rights based on gender but “guaranteed” nothing. More than a dozen states had already granted millions of women voting rights before ratification, and millions of other women — particularly African-Americans in the Jim Crow South — remained shut out of the polls for decades afterward.

While middle-class white women celebrated with ticker tape parades, black women in the former Confederacy were being defrauded by voting registrars or were driven away from registration offices under threat of violence. When the black suffragist and civil rights leader Mary Church Terrell petitioned her white sisters for help, they responded that the disenfranchisement of black women was a race problem — not a gender problem — and beyond the movement’s writ.

This counterfeit distinction was familiar to black suffragists, who had argued for more than 50 years that they could no more separate gender from race in themselves than shed their skins. The movement, however, had tended toward a definition of “women” that was implicitly limited to people of the gender who were white and middle class. Its most prominent advocates — Elizabeth Cady Stanton and Susan B. Anthony — drove home that notion by rendering black women nearly invisible in their hugely influential “History of Woman Suffrage.” As the push for white women’s rights neared its goal — a constitutional amendment — the movement hedged its bets by compromising with white supremacy.

Historians like Glenda Gilmore, Martha Jones, Nell Irvin Painter and Rosalyn Terborg-Penn have recently revised the whitewashed depiction of the women’s rights campaign by rescuing black suffragists from anonymity. This new, more inclusive portrait of the movement grows richer by the year and shows African-American women at the forefront of a struggle for universal rights that was far from over when white suffragists declared victory in 1920.